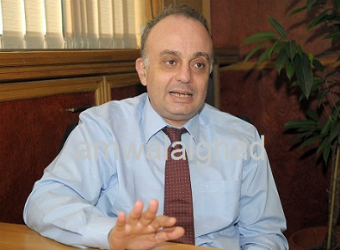 Egypt’s financial regulator, as part of a broader effort to invigorate the country’s financial markets, has lifted a ban on brokerage firms and fund managers trading shares listed overseas.

The markets’ watchdog introduced the ban in June 2012, saying such deals exposed investors to risks it could not monitor. Traders at the time said the restriction could be aimed at limiting transfers of hard currency abroad.

Egypt’s foreign reserves have shrunk significantly since the 2011 uprising that swept long-time ruler Hosni Mubarak from power. Reserves stood at $17.307 billion in February, down from around $35 billion before 2011.

Much of the activity in Egypt’s capital markets dried up during the political instability that followed the toppling of Mubarak although the stock market has since rebounded.

The new rules, effective immediately, allow brokerages and fund managers in Egypt to trade foreign shares on behalf of non-Egyptian investors who do not reside in the country and who use financing from abroad, said Sherif Samy, chairman of the Egyptian Financial Supervisory Authority (EFSA).

Egyptian firms remain banned from trading stocks that are not listed in Egypt on behalf of local investors or on their own accounts, Samy added in a telephone conversation with Reuters on Wednesday.

The rules do however allow brokerages to trade global depository receipts (GDRs) listed on stock exchanges abroad on behalf of local investors.

The change is aimed at allowing Egyptian financial institutions to serve foreign clients by executing transactions in markets in the region such as Saudi Arabia, the United Arab Emirates, Jordan and Bahrain, Samy said.

“Companies wishing to trade foreign shares that are not listed on Egypt’s bourse will commit to obtaining prior approval from (EFSA),” Samy said.

Brokerage firms welcomed the decision, which should enable them to boost revenues.

“This decision is 100 percent right,” said Mohamed Ebeid, co-head of securities brokerage at EFG Hermes, one of the Middle East’s largest investment banks.

“The decision will return Egyptian brokerage firms to work within the whole region once again.”

Egypt’s benchmark index lost as much as half of its value in the months that followed Mubarak’s toppling but activity on Cairo’s stock exchange bounced back after the army deposed Islamist President Mohamed Morsi.

It reached a 5-1/2 year high last month at over 8,100 points, around 12 percent above its level on the eve of the anti-Mubarak revolt.

KSE Indexes in Red Zone upon Closing on Wednesday