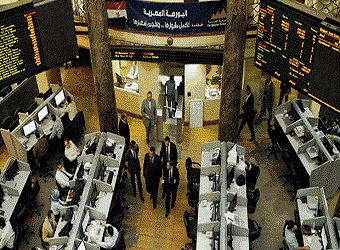 Market capital incurred weekly declines of 5.3 billion Egyptian pounds ($296.7 million) as it closed on Thursday at 815.5 billion pounds, compared with 820.8 billion pounds the previous week, the Egyptian bourse said in its weekly report.

EBRD plans to invest $1.5 bln in Egypt in next year: official