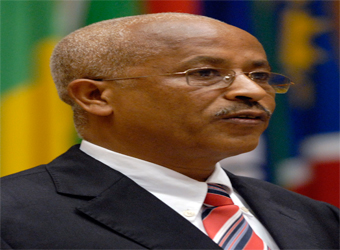 Egyptian objections are delaying formation of a committee to implement expert recommendations on an Ethiopian dam project, which Cairo fears could diminish its water supply, Ethiopia’s water minister said Tuesday.

At a one-day meeting in Khartoum, the water ministers of Egypt, Sudan and Ethiopia agreed to form the panel, Alemayehu Tegenu told reporters.

“But we didn’t agree about the composition of this committee,” he said.

“We have differences with Egypt.”

The Ethiopian minister declined to elaborate on why there was disagreement over the committee’s membership but said the three sides would meet again in Khartoum on December 8.

Ethiopia began diverting the Blue Nile in May to build the 6,000 MW Grand Renaissance Dam, which will be Africa’s largest when completed in 2017.

An international panel has issued a report outlining the dam’s impact on water levels.

The report has not been made public, but Ethiopia has said it confirms that the impact on water levels is minimal.

Cairo had sought more studies about the dam’s impact on its water supply, which is almost entirely dependent on the Nile.

Egypt believes its “historic rights” to the Nile are guaranteed by two treaties from 1929 and 1959 which allow it 87 percent of the Nile’s flow and give it veto power over upstream projects.

But a new deal signed in 2010 by other Nile Basin countries, including Ethiopia, allows them to work on river projects without Cairo’s prior agreement.

Sudan, along with Egypt, has not signed the new Nile Basin deal.

Sudan too relies on Nile resources but has said it does not expect to be affected by the Grand Renaissance project.