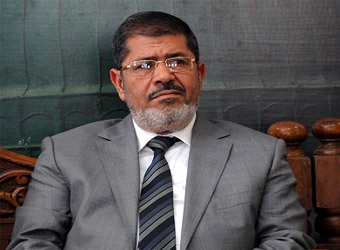 Morsi is charged of insulting the judiciary and its men, after he accused in a televised interview 22 judges of fraud during 2005 parliamentary elections.

He is also accused of interfering in prosecution and attempting to influence the criminal judicial circle over the trial of his presidential candidate rival Ahmed Shafiq.

Morsi is now serving renewed 15 days in jail pending investigations over charge of spying and breaking out of prison during the 2011 turmoil which toppled president Hosni Mubarak.

He was also referred to criminal court, along with 14 other Muslim Brotherhood members, over inciting violence and murder, but the date of the trial has not been determined yet.