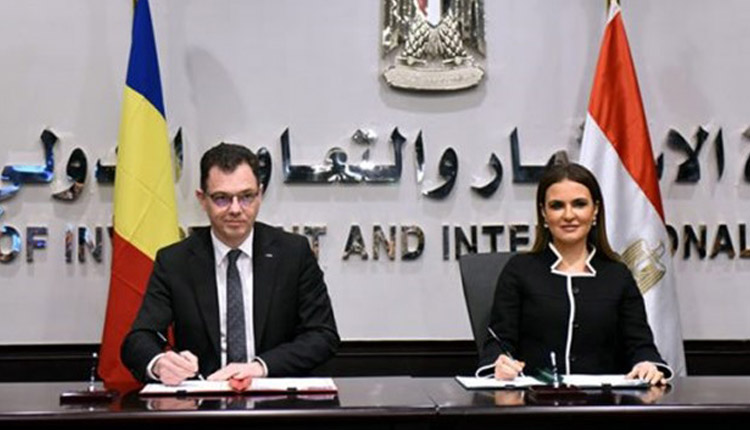 Egypt and Romania signed  three Memorandums of Understanding (MoU) to boost cooperation within fields of investment and entrepreneurship.

The agreements were signed between Egypt’s General Authority for Investment and Free Zones (GAFI) and Romania’s Ministry of Business Environment, Trade and Entrepreneurship, on the sidelines of the joint Egyptian-Romanian committee for economic cooperation.

The signing ceremony was attended by Minister of Investment and International cooperation Sahar Nasr and Romanian Minister of Business Environment, Trade and Entrepreneurship Ștefan-Radu Oprea.

The second agreement was inked on markets cooperation, through supporting and facilitating the injection of investments and establishing partnerships.

The Romanian government seeks to expand in joint projects implemented by the public and private sectors in the fields of infrastructure and energy, he added.