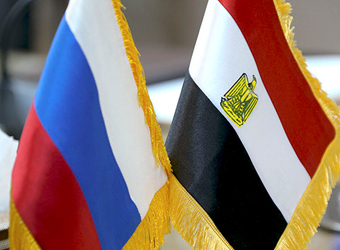 Egyptian officials said Sunday they were inching closer to meeting all demands set by Russia on airport security to resume flights to Egypt, suspended after the deadly crash of a Russian airliner 15 months ago over the Sinai Peninsula.

Since the crash, Egypt has spent millions of dollars to upgrade security at its airports, particularly in Cairo and several destinations popular with foreign tourists, like Sharm el-Sheikh and Hurghada on the Red Sea.

The officials said work has begun to install 16 finger-print security gates for employees at two of Cairo airport’s main terminals and to raise an existing but potentially vulnerable, 1-kilometer (0.65-mile) stretch of fence separating the east Cairo facility from a residential suburb.

The officials said 12 finger-print gates have already been installed at terminal 2, the airport’s newest terminal from which Russian national carrier Aeroflot was expected to operate when flights resume. The decision to install similar gates at terminals one and three was recommended by the Russians.

The finger-print scans were purchased in place of retinal scans that airport officials had said in October they would tender for the employees’ gates but which proved to be too expensive and more difficult to operate.

Russian airport security experts have visited Egypt on at least six occasions since the October 2015 crash to assess the effectiveness of new security measures put in place by the Egyptians to persuade Moscow to resume flights.

The latest Russian inspection took place earlier this year and the Egyptian officials said Sunday they would invite them back in about two weeks to inspect the facility one last time before they give the airport their nod of approval.

Russian officials have similarly said that they were close to resuming flights to Egypt, but they have not set a specific date.

Moscow suspended air links to Egypt after the deadly crash over Sinai killed d 224 people on board and decimating the country’s vital tourism industry.

The aircraft had taken off from Sharm el-Sheikh, in southern Sinai, before it crashed.

The Islamic State group claimed responsibilty for the downing of the plane.However,  Egypt has not yet concluded its investigation into the causes of the crash

Britain followed Russia’s example and suspended all flights to Sharm el-Sheikh after the crash, dealing an equally serious blow to Egypt’s tourism industry since Britons and Russians accounted for more than half of foreign visitors to Egypt on the eve of the crash.

The slump in tourism has significantly contributed to Egypt’s economic woes, primarily creating an acute foreign currency shortage that pushed the local currency’s value down in the free market.

Among the measures taken to meet Russian security demands was the installment of 18 security cameras on the Cairo airport’s perimeter fence with a clear vision range of two kilometers (1.25 miles) along with equipment that allows the storage of 30 days of footage at any given time.

The previous ones stored up to two days of footage.

Other new security measures in place included sealing off luggage after it is cleared by X-ray checks, a process that also applies to on-flight food and beverages. Passengers must also remove their shoes and belts for scanning at the final security check before boarding. Kiosk-shaped machines designed to detect traces of explosives have been installed at arrival halls.

Several gates that open to the airport’s grounds and used by employees, like engineering and ground services’ personnel, have been sealed shut.

Those that remain open were being upgraded with X-ray machines, finger-print gates and police dogs, said the officials, who spoke on condition of anonymity because they were not authorized to brief the media.