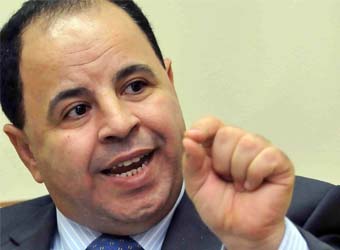 Egypt’s deputy finance minister for treasury said Saturday he expected higher interest rates to be temporary measure to control inflation, which he sees declining by early next year.

Mohamed Meait also said the two increases in base rates this year were not taken into account in the state budget for the 2017-18 fiscal year, which parliament passed last week.

Egypt’s central bank, faced with accelerating inflation, late on Thursday raised its key interest rates by 200 basis points for the second policy meeting in a row, wrongfooting economists who had forecast it would hold them.

“We expect the interest rate decision to be a temporary measure to target inflation,” Meait told Reuters. “We expect inflation to fall in early 2018 and thus (can) begin cutting interest rates.”