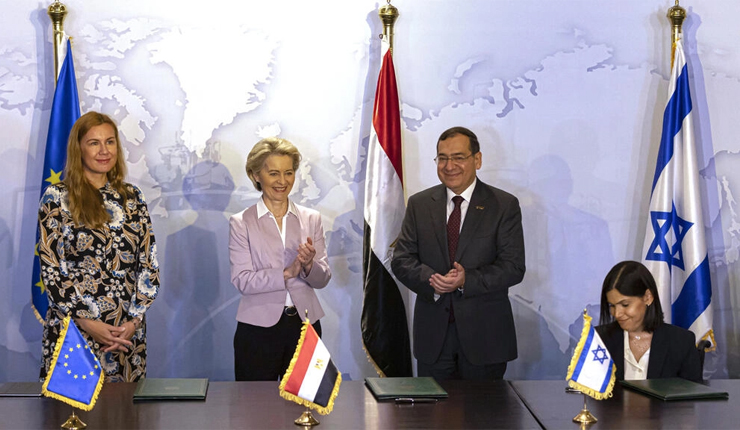 Egypt and Israel have signed a memorandum of understanding (MoU) on Wednesday to transport natural gas exports to Europe, as the European continent searches for an alternative of Russian energy imports, Petroleum Minister Tarek el-Molla said. The MoU took place during the East Mediterranean Gas Forum under the presence of the Egyptian President Abdel Fattah al-Sisi.

European Commission President, Ursula von der Leyen said that the Ukrainian war has exposed European dependency on Russian fossil fuels and the EU wants to get rid of this dependency.

The European companies will have the chance to take part in the Israeli and Egyptian exploration tenders, Israel’s energy ministry said.

The forum is very important in securing energy supplies through effective regional cooperation, especially at this time of geopolitical challenges, Mulla said.