Egypt to raise electricity bills by 30% in July 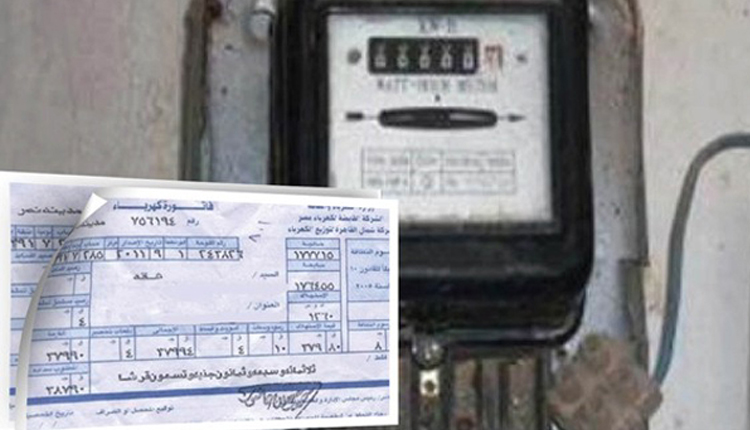 Since July 2014, the government has embarked on plans to liberalise electricity prices and eliminate subsidies, the idea being to ensure that people pay the real cost of the electricity they consume while offering protections to lower-income groups.

Electricity prices are now set to increase by an average of 30 percent in July under the financial year 2018/19 budgeting, with the hike in prices and lifting of subsidies being required to finance investment in adding capacity to the electricity distribution network, according to Ministry of Electricity sources.

According to one informed source, electricity prices will increase by about 30 per cent, in accordance with plans adopted in July 2014 to eliminate all electricity subsidies within five years, initially to end in financial  year 2018-2019.

The plans were later extended until fiscal year 2021-2022 in order to ease the burden on consumers by increasing prices over a longer period.

Minister of Electricity and Renewable Energy Mohamed Shaker has said that the sector is targeting investments estimated at LE58 billion in the 2018-19 budget, of which LE6.7 billion has been allocated to complete three Seimens 4.8 gigawatt (GW) combined-cycle power stations in the New Administrative Capital, Beni Sweif and Borollos.

Investment is also needed to enhance the efficiency of the transmission and distribution networks and reduce losses.

During fiscal year 2018-2019, the electricity sector had various aims, said Gaber Dessouki, chair of the Electricity Holding Company (EHC). These included increasing the capacity of the national network by 3.5 per cent and boosting electricity generation by eight per cent.

The ministry would also work on the efficiency of existing power plants and their maintenance without affecting the continuity of supply, he said. It would complete network-reinforcement plans in order to ensure these are able to meet expected loads.

The ministry also aims to increase its subscribers by four percent to 36.4 million.

There are also commitments to expand renewable energy sources. Chair of the New and Renewable Energy Authority Mohamed Al-Khayat said that solar power plants in Benban in Aswan governorate would be brought on line.

He reiterated the commitment to purchasing electricity at approximately 150 piastres per kilowatt/hour (KWH) under the second phase of the feed-tariff scheme.

Deputy Minister of Electricity and Renewable Energy Osama Asran said that high investment in the sector aimed to develop the transmission networks, stabilise the national grid and cover the gap between production and demand while producing an adequate strategic surplus.

A number of such improvements have already been implemented. At a cost of 18 billion pounds, new transformer stations have been built, while others have been expanded. More high-voltage cables have been installed to reach new areas of the country.

Distribution plans supervised by the EHC have also been implemented at an estimated cost of LE19 billion, including low and medium-voltage power transmission lines, as well as the installation of smart meters and associated networks.

Asran said the sector would need more investment as the target was to work towards the gradual transformation of the current network into a smart network using up-to-date technology and IT systems.

This would contribute to improving energy efficiency, continuity of supply and emissions reduction, as well as automatic fault monitoring and recovery mechanisms, he added.

While the government believes the price hikes are justified to enable it to carry out the needed investment, a study by the Egyptian Initiative for Personal Rights (EIPR), an NGO, said that “billions of pounds accounted for by the government as ‘electricity subsidies’ are actually used to subsidise unjustified investments in the electricity sector rather than the costs of operation.”

It said that “less than a fifth of what subscribers pay in their monthly bills goes towards electricity services, with two-thirds going towards the construction of new power plants and electricity networks, and the remaining fifth being used to service the company’s debts.”

“The EHC has forced subscribers to bear the burden of its inflated investment budget, which has increased approximately six-fold between 2013/2014 and 2015/2016, earmarked for building several large power plants in order to increase nominal generating capacity by 80 per cent compared to 2013/2014 levels by the 2017/2018 fiscal year,” the EIPR report said.

According to the report, electricity consumption does not justify such increases in production. Peak load on the grid has seen a four per cent annual increase over the past seven years, while the EHC has increased nominal capacity three times over the increase required to meet rising consumption.

The EIPR said this increase raised operating reserves to 89 per cent. “The unreasonably high operating reserve is unjustified, as official figures show that the network can operate efficiently with a 14 per cent reserve,” it said.