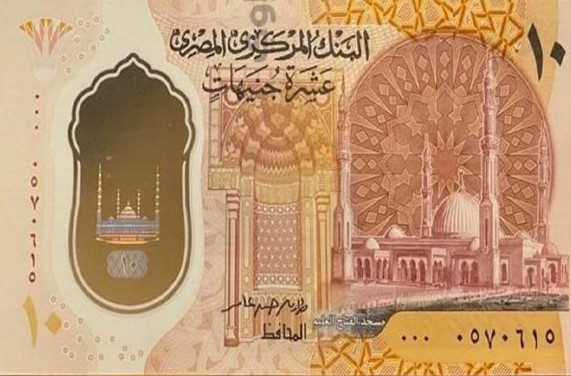 Egypt’s central bank (CBE) has decided to launch an 10-pound denomination of plastic polymer, according to an official statement on Tuesday.

The new 10 plastic pound had produced by the latest banknote production lines applied in the world at the new printing house at Egypt’s New Administrative Capital.

The bank stated that the introduction of the new currency comes within the framework of implementing the clean monetary policy and raising the quality rates of banknotes circulating in the Egyptian market.

This step aims to reduce the cost of printing banknotes, especially the most traded categories, in line with the sustainable development programmes adopted by the state through Egypt’s Vision 2030.

CBE assured that it is very difficult to imitate or counterfeit the plastic money.

The bank said that this comes in light of the keenness to keep pace with the latest global and technological measures in securing and printing the currency in circulation.

Plastic money is characterized with flexibility, strength, lower thickness, and longevity, which remains about three times of the current category of paper that made of cotton, in addition to being water-resistant and less affected by dust, noted in the statement.

In addition to that it is environmentally friendly, recyclable, and more resistant to pollution compared to currently paper currency in circulation.

The new 10 pounds had designed with El Fattah El Aleem Grand Mosque, as one of the landmarks of the Islamic architectural styles in the new administrative capital to link between the ancient history and the modern era. 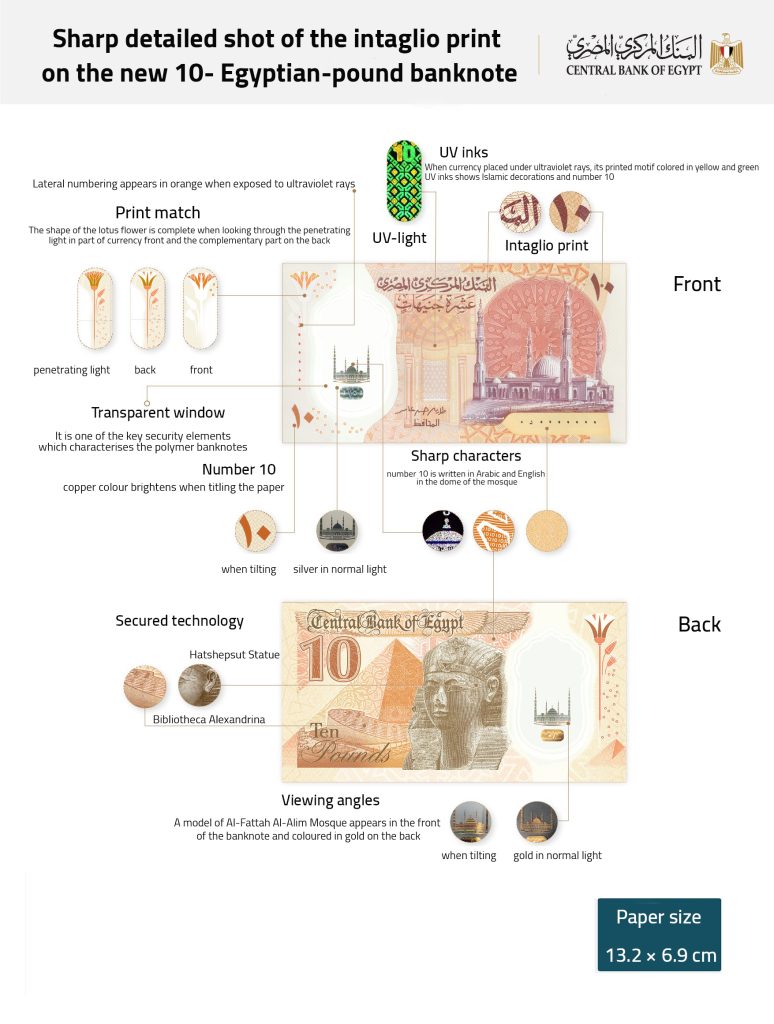