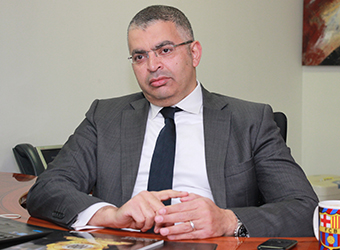 One of the two funds is with an initial capital of 50 million Egyptian pounds ($2.7 million), Abol-Enein said.

This is part of CI Capital’s strategy to boost its volume of assets under management (AUMs) by running new mutual funds in the upcoming period, he added.

CI Capital’s total AUMs stood at worth 8 billion Egyptian pounds by the end of 2016.