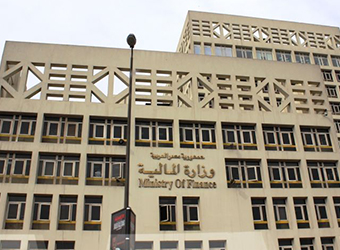 The Ministry of Finance announced Monday that the committees responsible for resolving tax disputes have resolved more than 450 disputes between the Public Tax Authority and taxpayers.

It comes according to the provisions of the Tax Dispute Resolution Law No. 79 of 2016, which led to settlement agreements for tax disputes and agreeing upon final taxes estimated at 1.5 billion Egyptian pounds (82.4 million)

Amr El-Monayer, Deputy Finance Minister for Tax Policies, said that the committees formed by the Minister of Finance, Amr El-Garhy, three months ago are working intensively to quickly finish all the requests for tax dispute settlements.

The Tax Dispute Resolution Law allowed the committees for the first time to check all disputes with the tax community, whether the ones presented to the various judicial authorities or to the appeal, conciliation, or grievances committees.

He added that the committees are also handling the disputes concerning all kinds of taxes: commercial and industrial profits tax, income tax, payroll or sales tax, stamp tax, real estate wealth tax, and even disputes that may arise during the one-year validity period of the Value Added Tax Law.

He said that Ministry of Finance is also keen on resolving tax disputes quickly in order to stabilise financial and tax centres.

In terms of the details of the resolved tax disputes, he said that there are a number of disputes with major investment companies operating in the food industry sector and firms working in engineering and chemical industries, communications, tourism, and electronics as well as import and export fields.