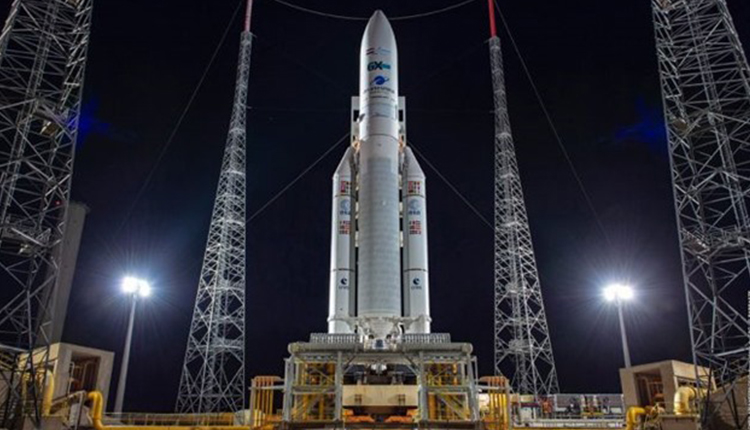 Egypt’s newly-launched satellite Tiba-1 has arrived on Monday at its targeted orbit, at an altitude of 35,786 kilometres, a specialist at the International Telecommunication Union (ITU) said on Tuesday.

The telecommunications satellite was launched last Tuesday from a space centre in French Guiana in South America.

“The French company [Arianespace] is currently working on adjustment to locate the satellite into its exact orbital slot position at 35.5 degrees to the East, which will take a few days since this position is jammed with other satellites,”  ITU specialist Rami Ahmed Fathy said.

Launched by an Ariane 5 rocket, Egypt’s first telecommunication satellite was initially scheduled to launch last November, but the launch was postponed twice due to a malfunction followed by bad weather conditions.

Tiba-1 will cover all of Egypt and provide telecommunication and internet services to remote and isolated areas.

It was developed by Thales Alenia Space and Airbus Defence and Space as co-prime contractors.

It will be owned and operated by the government of Egypt.

Airbus Defence and Space supplied the platform and also assembled and tested the spacecraft. Thales Alenia Space designed and built the communications payload, which will provide broadband communications in ka band.

Tiba-1 is the fourth satellite launched by Arianespace for Egypt.

Egypt became the first Arab country to put a telecommunications satellite into space with the launch of NileSat 101 in 1998. It was followed in 2000 by Nilesat 102, which helped distribute hundreds of satellite TV channels.

In 2007, Egypt launched EgyptSat 1, which became the first Egyptian remote-sensing satellite, and was manufactured in cooperation between Egypt’s National Authority for Remote Sensing and Space Sciences (NARSS) and Ukraine’s Yuzhnoye State Design Office.