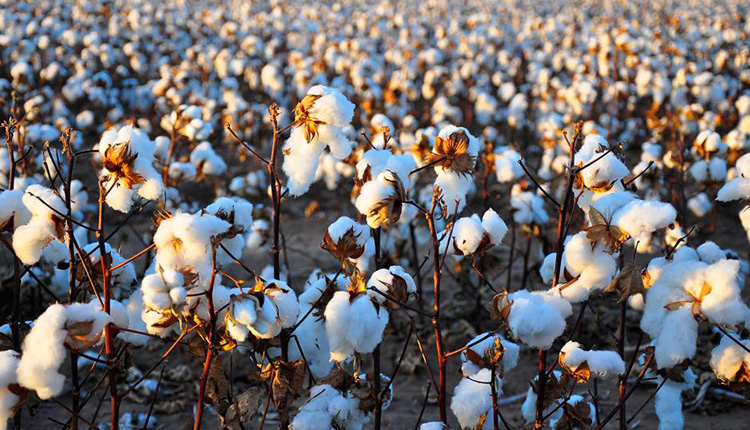 However, agricultural companies have refused to make a deal with the Egyptian government and farmers due to the surge in interest rates and costs.

Egypt is known for being the world’s largest exporter of long-staple cotton – used mainly to make luxury linens – after the United States. Since 2016, the Egyptian government has imposed strict rules to ensure the quality of Egyptian cotton, known locally as “white gold.”

A report by the Ministry of Agriculture revealed that any contract made after the harvest of the crop is to be with a license from the ministry for the extraction and conservation of seeds.

Meanwhile, the current bank lending rates to purchase cotton crops reached up to 17.5 percent, reaching 20 percent after commissions and bank expenses. This has been reflected in high costs, which amount to 600 pounds per quintal. All these charges are added to the initial cost of the quintals.

Private agricultural companies have therefore resorted to importing cotton from other countries at much lower costs.

With this crisis mounting, the Egyptian cooperative farming society for producing cotton has issued a formal complaint to Egypt’s Prime Minister Moustafa Madbouly, Agricultural Minister Ezz El-Din Abu Steit and the governor of the Central Bank Tarek Amer to seek help in marketing plans for the 2018/2019 season.

The complaint called on the cabinet and the central bank to facilitate the means of financing for traders and public and private companies in the cotton industry with a facilitated interest rate; especially since the expected production for this year is approximately 2.5 metric quintals from 336,000 feddans.

Agricultural ministry spokesperson Hamed Abdel-Dayem said on privately owned channel TEN that “we do face a real crisis in receiving the cotton crop from farmers, and the crisis is in many governorates, farmers have every right and they have adhered to all the recommendations made by the cabinet to get the best crop quality that we have got now.”

Abdel-Dayem explained that the cabinet is facing a crisis in marketing the cotton crop for the 2018/19 season and that there are ongoing communications between the agriculture minister and minister of the Public Business Sector Hesham Tawfik to find a way forward.

“The Cabinet is discussing the issues and there will be a solution soon,” confirmed Abdel-Dayem.

The ministry spokesperson highlighted that “if the crisis was unsolved, there will be a huge problem facing us next year in the cultivated cotton area.”