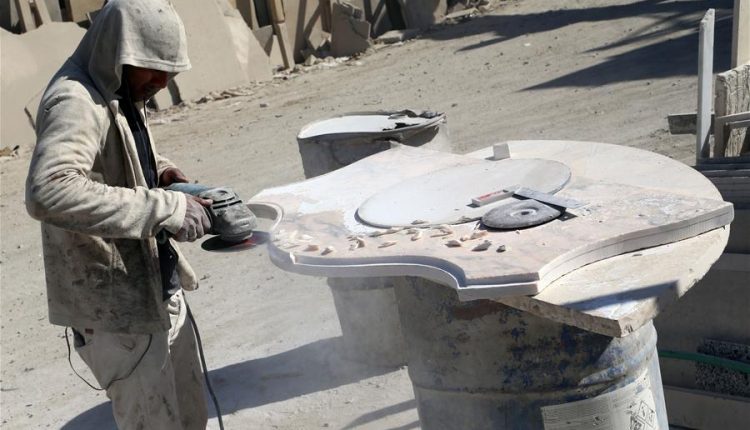 Egypt’s exports of marble and granite dropped 31 percent year-on-year to $31 million pounds during the first four months of the year recording $55 million compared to $80 million at the same period last year, according to a report.

The volume of marble and granite exports decreased during that period by 7.9 percent to record 1.009 million tons, compared to 1.096 million tons during the same period in 2019.

“We have exported our products of marble and granite to around 82 countries during the first fourmonths of the current year,” the Egyptian Export Council for Building Materials (ECBM) said in its monthly report on Sunday.

There are five countries seized a 50.6 percent share of Egypt’s marble and granite exports, recording $15.698 million, the report added.

Compensation paid by Egypt’s insurers 21.4% up in three months