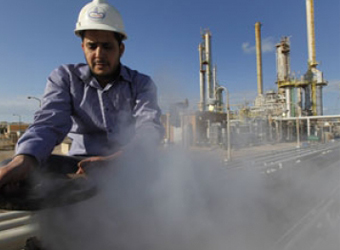 The downturn in the non-oil private sector lost impetus in August as signalled by the PMI rising to the joint-highest mark in 23 months, according to the survey sponsored by Emirates NBD and produced by IHS Markit, a world leader in critical information and analytics. The survey contains original data collected from a monthly survey of business conditions in the Egyptian private sector.

Output fell at the joint-weakest rate in the current 23-month period of contraction.

Faced with lower output requirements, firms reduced both their payroll numbers and purchasing activity accordingly. Although sharp, the rate of input cost inflation softened during the month. Meanwhile, firms continued to pass on greater cost burdens to clients by way of increasing their selling prices.

Commenting on the Egypt PMI survey, Khatija Haque, head of Mena Research at Emirates NBD, said: “Egypt’s PMI improved further in August, although it remains in contraction territory at 48.9.

New orders declined only marginally after stabilizing in July, and new export orders increased at the fastest rate since May. Inflationary pressure remained high in August however, as electricity tariffs were increased last month.”
At 48.9 during August, the headline seasonally adjusted Emirates NBD Egypt Purchasing Managers’ Index (PMI)– a composite indicator designed to give an accurate overview of operating conditions in the non-oil private sector economy– increased from 48.6 in July.

The latest deterioration was the joint-slowest in the current 23-month period of worsening business conditions.

The rate of reduction in output was only marginal and eased to the joint-weakest in 23 months, an underlying factor behind the slowdown in the downturn of the non-oil private sector. Panellists commented that higher cost inflationary pressures and unfavourable economic conditions caused the fall in business activity.

Inflows of new business fell at a fractional pace during August. There were mentions of increased new contractual agreements, but this was reportedly offset by high prices continuing to weigh on demand.

Following a marginal rise in July, new export orders grew at an accelerated pace in August. Opportunities arising from new export markets were linked by panellists to greater foreign demand.

Firms were discouraged from engaging in purchasing activity in response to declining new orders and higher prices for inputs. Concurrently, companies drew down their inventories again.

Companies reduced payroll numbers at a solid pace, and one that was faster than the long-run series average.

Finally, hopes of better economic conditions and stabilisation in currency markets boosted positive sentiment, with the level of confidence the strongest observed in six months.