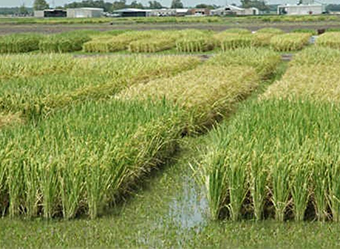 The average price stands to 6.5-7.5 Egyptian pounds for each kilogram, and the food staple will be available in amounts to meet consumer needs, MENA reported Ragab Shehata, the head of the rice division at the Egyptian Federation of Industries, as saying.

He added that the rice is currently stable and will not see a price hike before the Islamic holy month of Ramadan, which begins in May.

Egypt’s annual consumption of rice is about 3.95 million tones, while production is around 5.1 million tonnes, according to a United States Department of Agriculture report.

Last month the government reached an agreement with private rice mills to produce white rice domestically, potentially ending a standoff over the buying price of last year’s crop that has led to millions of tons of paddy sitting idle since the harvest.

The supply ministry has said that it had agreed to pay private mills EGP 6.3 per kg of white rice, which the government would then sell at its outlets for 6.5 pounds for each kg.

The new agreement means that private mills will instead buy up the paddy at the current market price of about 4,200 pounds, before selling it on to the government.

Last year the irrigation ministry decreased the land area used for the production of the water-consuming crop in the 2017 season to 704,500 feddans, in comparison with 1,076,000 feddans in 2016.