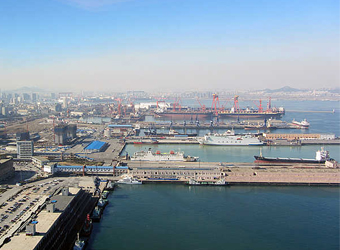 Mamish said: “The support of HE Abdel Fattah el-Sisi, President of Egypt, and the role of the Egyptian government in removing barriers to investment and having the foresight and vision to create this project is a shining example of the commitment to grow Egypt’s economy in a sustainable manner for the long term, creating jobs and communities for families over the course of this century.”

Suez Canal Authority head made those comments during a seminar organized by DP world in Dubai on Sunday to outline opportunities to invest and launch operations in the project to companies and investors who have existing outlets in Dubai’s Jebel Ali Freezone (Jafza).

The project will also promote the development of small and medium-sized enterprises (SMEs), create job opportunities and provide training for young Egyptians adding value to the economy and is due to start in the first quarter of 2018.

A joint venture will be created between SCZone (51 per cent) and DP World (49 per cent) with DP World managing the zone, it added.

Bin Sulayem said: “Sokhna World Zone will be a major opportunity for businesses here in Dubai and elsewhere to launch regional operations or expand their presence.”

“The partnership with the Suez Canal Economic Zone Authority and the Egyptian government reflects the strong relationships both our countries enjoy and it will become a foundation of the Egyptian economy for decades to come,” he said.

Bin Sulayem continued: “It will transform the Suez Canal and establish a trade and business hub, changing the lives of thousands and those of future generations.”