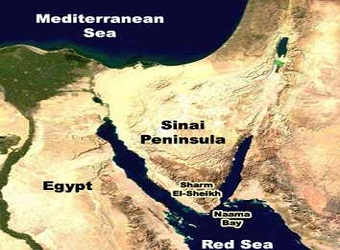 Egyptian military and police killed a number of “takfiris” in several operations in north and central Sinai over the past few days as part of the ongoing comprehensive counter terrorism Operation Sinai 2018, the armed forces said on Sunday.

Security forces killed a number of takfiris when air units destroyed two terrorist hideouts in north Sinai, and killed another who was found to be in possession of large sums of money and illegal narcotics, a statement by the army spokesman read.

The Arabic word “takfiri” refers to extremist Sunni Muslims who accuse other Muslims of being infidels, often as a justification for using violence against them.

Security forces confiscated and destroyed over 100 vehicles and 386 hideouts in the raids.

Over the past few days, army engineers have safely detonated 30 discovered IEDs that had been planted by takfiris to target security forces.

The raids also led to the discovery and destruction of 20 marijuana and poppy farms used for drug production in central Sinai, as well as a number of underground border tunnels in North Sinai’s Rafah city.

Border security forces organized more than 584 patrols on highways and desert roads in past few days, the statement added.

The Egyptian armed forces continue to distribute food supplies to the people of North and central Sinai.

Meanwhile, in Egypt’s far south, border security forces halted two members of the banned Muslim Brotherhood group as they tried to leave the country via its southern border.

Sunday’s statement is the 18th communiqué issued by the Egyptian armed forces since the launch of Operation Sinai 2018 in early February.

The campaign aims to purge Sinai and other part of the country from terrorism.

Raw and white sugar prices to decline until next May: Egypt’s FEI