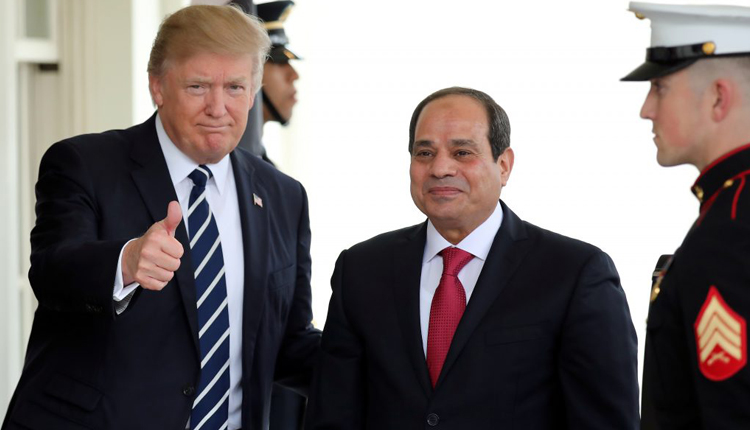 Egyptian President Abdel Fatah al-Sisi extended his wishes and New Year greetings to his US. counterpart Donald Trump in a phone call Tuesday.

Both leaders discussed the latest developments in the Middle East, the possible efforts to regain stability in the region, and the aim of finding political compromises for current regional crises such as in Yemen, Syria, and Libya.

Trump  praised Egypt’s political efforts to pacify the situation in the heated region of the Middle East.

Sisi’s last meeting with Trump was held in September 2018, on the sidelines of the 73rd session of the United Nations General Assembly (UNGA 73).

Asian markets trade cautiously on the first trading day of 2019

Egypt to maintain customs exchange rate at EGP 16 in Jan. for essential goods