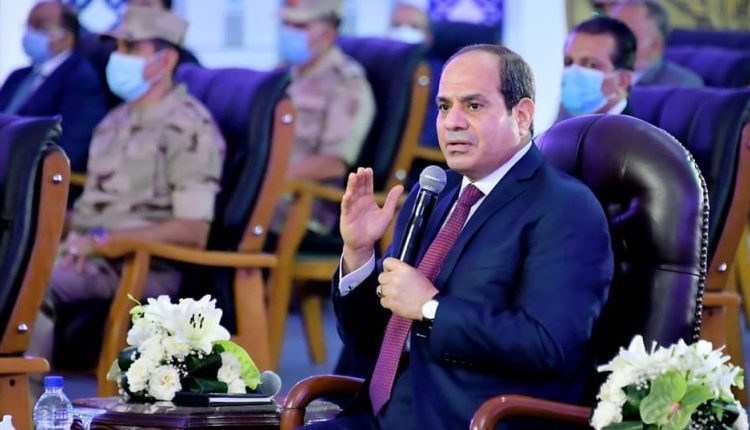 In a meeting with the prime minister and the finance minister on Monday, Sisi urged facilitating customs procedures, so that they meet the highest international standards.

Finance Minister Mohamed Maeet told the president that customs clearance time decreased at all Egyptian ports from 6.5 days in January to an average of 5.2 days in November.

The meeting reviewed all efforts to automate and develop the Egyptian customs system through the operation of a single-window system in many ports, in a bid to implement this system at all ports by the end of June 2021.

The president also reviewed the launch of the first stage of the electronic billing system, which is taking place in the country for the first time.

It represents an importance step for the Egyptian Tax Authority on the path to development and modernization, the statement read.

It also brings a new stage to curb tax evasion and help in operations to combat evasion more efficiently, it added.

President Sisi ordered enhancing state’s financial procedures to deal with the economic implications of the coronavirus pandemic, with the aim of stabilizing financial policies and preserving a secure economic path for the state.

Maait reviewed with the president indicators of the economic and financial performance during the first quarter of fiscal year 2020/2021, noting that it saw an initial surplus of LE 200 million despite the pandemic.

Egypt’s revenues increased by 16 percent, while its expenditures rose by 7 percent in the first quarter of the current fiscal year, Maait added.

Egypt to receive €132.8 mln from Germany to implement 11 projects