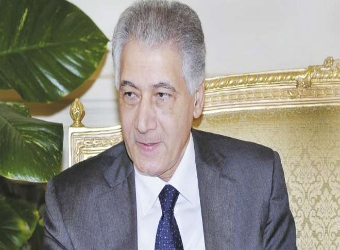 Egyptian treasury bill yields fell at auction on Sunday for the fourth week running since the army ousted Islamist president Mohamed Morsi, but investors said the run of declines may soon end.

The yields have been falling on hopes the new military-backed government, fortified with $12 billion in Gulf aid, will be able to shore up the country’s crumbling finances.

“We are almost done. It should stop falling when people realize that it is not sustainable,” said Khalil El Bawab, head of fixed income at EFG Hermes Asset Management in Cairo. “We still have a huge budget deficit and the fundamenatals are still not sorted out yet.”

The average yield on 91-day treasury bills dropped to 12.513 percent from 12.851 percent at last week’s auction, the central bank said. The yield has fallen by more than 1.8 percentage points since Mursi’s removal on July 3.

The central bank sold 2 billion Egyptian pounds ($286 million) of the 91-day bills and 4 billion pounds of the 273-day bills, the amounts it had sought.