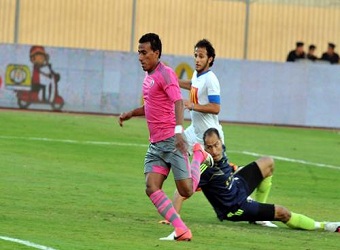 The Brazilian manager is set to arrive in Cairo on Tuesday to put the finishing touches to a deal that would see him earn up to $1.2 million a year, Ahram’s sports website reported.

Other reports said Autuori was given the green light by Brazilian club Atletico Paranaense, where he works as a football director, to negotiate a move to Cairo’s famed club Zamalek.

Zamalek have been in a state of disarray since winning the domestic double in 2015, with too many managerial changes blamed by their fans for their failure to maintain that success in the past two seasons, with arch rivals Ahly winning the Egyptian Premier League two straight times.

The White Knights are seeking to replace Portuguese coach Augusto Inacio, who was fired last month after less than four months in charge following the team’s elimination from the Arab Championship.

They have held talks with a number of managers to succeed Inacio, including Belgian Franky Vercauteren and Romanian Victor Piturca.

Autuori, 60, won the Copa Libertadores, the South American equivalent of the European Champions League, twice with Cruzeiro and Sao Paulo in 1997 and 2005 respectively.

He also led Sao Paulo to the FIFA Club World Cup title in 2005, beating English giants Liverpool 1-0 in the final.

Autuori’s previous experience in the Arab region was with Qatar’s Al-Rayyan and the country’s Olympic and senior sides from 2009 to 2013.

Barcelona terror attacks: What you to need to know