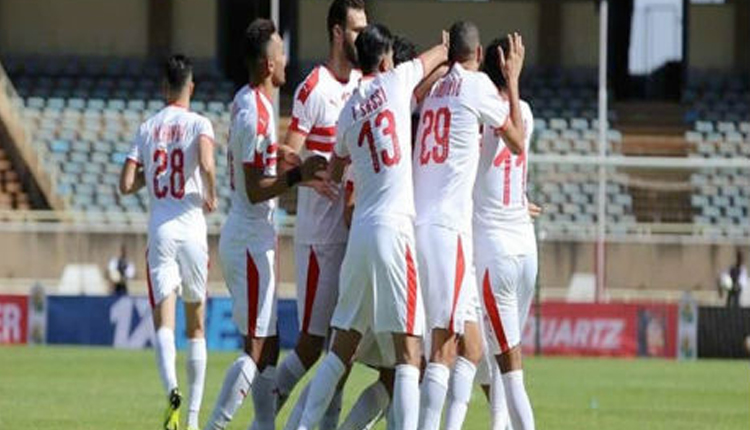 Egypt’s Zamalek were given a let-off on several occasions to hold Hassania Agadir to a 0-0 away draw in the first leg of the African Confederation Cup quarter-final on Sunday.

Agadir’s Palestinian forward Tamer Seyam was guilty of two glaring misses either side of the interval and Zamalek keeper Mahmoud Gennesh pulled off some fine saves to keep the hosts at bay.

The White Knights were content to sit back and defend in numbers but they could have still snatched a win in the dying minutes when forward Youssef Ibrahim was thwarted in a one-on-one following a brilliant threaded pass from substitute Mohamed Ibrahim.

Zamalek will now be a slight favourites to advance when they host Agadir in the second leg next Sunday, although the Moroccans proved they are a force to be reckoned with.

Agadir dominated the early proceedings, with Tamer Seyam dictating play with an all-round display as Zamalek’s defenders were kept on their toes.

He wasted a glorious chance after five minutes though, with his sliding effort going high over the bar from four yards out and with the goal gaping after a pass across the six-yard box found him.

Keeper Gennesh was on alert to tip away a skidding low shot from Zouhair Chaouch and keep out a free far-post header from Imad Kimaoui.

The lively Seyam also unleashed a long-range drive on the turn that went over the crossbar before the break.

Agadir took their foot off the gas pedal for long spells in the second half, with Zamalek appearing more comfortable at the back.

However, despite looking increasingly tired as the match wore on, Agadir still went close on a couple of occasions.

A diving header from Kimaoui missed the target before Gennesh produced a superb reflex save to prevent a near-certain goal in the 77th minute, throwing himself at the feet of Seyam to push the ball against the post and into safety after a flick-on went into the path of the unmarked Palestinian from two yards out.