El Mostakbal, 3 developers in talks for 1,000 faddans in New Cairo 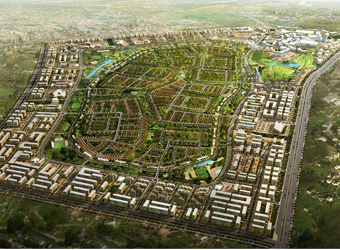 The company expects to sign contracts in order to develop these feddans within 2018, said chairman Essam Nasef on Thursday.

“The third phase’s total space of the project (Mostakbal City) reaches 2,000 faddans,” Nasef further stated, adding that his company signed a contract for the third phase’s residential part at the end of 2017.

“The project’s third phase will be carried out on a space of 1,700 feddans,” the Egyptian official noted.

In addition, Nasef said that El Mostakbal Co. has signed another contract with 10 real estate developers for the project’s first and third phases, with a space of 3,200 faddans, varying between residential and service flagships.