Financial Institutions
By Administrator On Jun 11, 2013 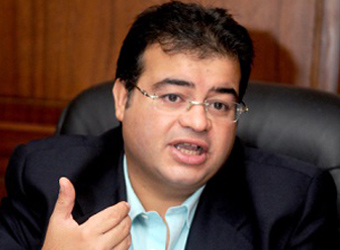 Ehab Samir, Managing Director of EMKS Insurance Brokerage, announced on Tuesday that Lebanon’s Ellie Ziada has been elected as the Chairman of the Arab Insurance Brokers Association for the second time on a row.

Ehab Samir added that the announcement of Mr. Ziada’s wining the second term for the coming 3 years was during the Association’s meeting held in the presence of the representatives of the member countries.

Meanwhile, the EMKS managing director further noted that he has also won a second term in a row to represent the Egyptian market for new 3 years. Mr. Samir said the first meeting for the new board members will be in Tunisia, to be set within 6 months

He asserted that Egypt, Tunisia, Syria, Lebanon, United Arab of Emirates and Bahrain are the association’s key member countries.