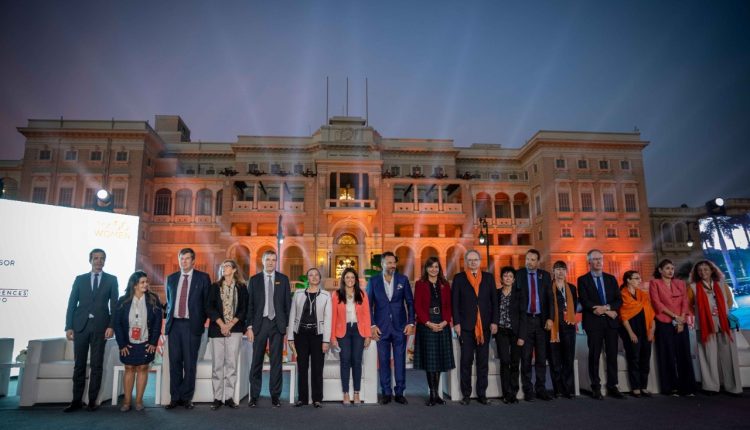 Top 50 Women Forum has organised this week Egypt’s first women summit under the rubric ‘Women in Public Life: Towards New Horizons’ in collaboration with the European Union and the National Council for Women (NCW).

The EU-funded high-level event took place in Qubba Presidential Palace on November 30 during 16 Days of Activism against Gender-based Violence, an annual international campaign that kicks off on November 25, the International Day for the Elimination of Violence against Women, and runs until December 10, Human Rights Day. The campaign aims to challenge violence against women and girls worldwide.

This is Sima’s first official visit to Cairo since assuming her position earlier this year.

The event started with more than four hundred representatives from the Egyptian government, the Parliament, EU Member States, UN Women officials, development partners, and private sector representatives participating in the one-kilometer Women Walk in the Qubba Palace’s Park to show their solidarity with women’s empowerment.

The Women Walk was shortly followed by Women Talk, which included a number of panel sessions with the ministers, ambassadors of four EU Member States, celebrities in art and fashion.

One of the sessions was held with the Egyptian ministers as well as Dr. Omran to discuss and explore the power of women and their Potential to influence decision making and sustainable development.

During the session, Planning Minister al-Saeed El-Said described the current period as a golden age for Egyptian women, where women are receiving unprecedented attention and support from the political leadership.

She added that women’s economic empowerment no longer includes only a social dimension or aims only to achieve gender equality, but rather has become an economic necessity to maximise the use of women’s productive and creative energies to increase added value and achieve comprehensive and sustainable growth.

Women’s leadership experiences in other countries were also shared together with inspiring women success stories during the Women Talk.

Ambassador Berger said: “Impressive gathering at the Top 50 Women Forum that saw the participation of brilliant Egyptian women and international partners. The EU is a global frontrunner in promoting gender equality and has been an active partner with Egypt in supporting an entire spectrum of gender-targeted programmes.”

“Ending gender-based violence, promoting economic, social and political empowerment of women, access to health and gender equality in education and leadership are just few elements that the EU is committed to and support throughout its programmes.”

The event included honouring Saudi Arabia’s Ambassador to Egypt Osama bin Ahmad Abbas Nugali in recognition of the Kingdom’s efforts to promote gender equality and drive economic and social empowerment for women there.

A number of key celebrities were also given Ambassadors of Change Awards including Egyptian actors Karim Fahmy and Maged El Masry and Egyptian actresses Nelly Karim and Gamila Awad.

In addition, Gender Champions Awards were handed to Marie Louie, Partner and Co-owner of the Bishara Group; Mona Zulfukar, Egyptian lawyer and human rights activist and was included in the Forbes 2021 list of the 100 most powerful businesswomen in the Arab region; Dr. Reem Naouman, Egyptian dermatologist; Pakinam Kafafi, CEO of TAQA Arabia, Farida Khamis, Board of Trustee Member at the British University in Cairo, and Mariam Naoum, Scriptwriter and Founder of Sard.

Qubba Palace lit up in orange against gender violence

The global theme for this year’s 16 Days of Activism against Gender-Based Violence Campaign is “Orange the world: End violence against women now” calling for global action to increase awareness, galvanise advocacy, and create opportunities for discussion about challenges and solutions.

The colour orange is chosen to represent a brighter future, free from violence against women and girls, as a unifying theme running through all the global activities of the UNITE Campaign of the United Nations.

Therefore, during the event Qubba Palace was lit up in orange to join the Orange the World campaign to end violence against women and girls 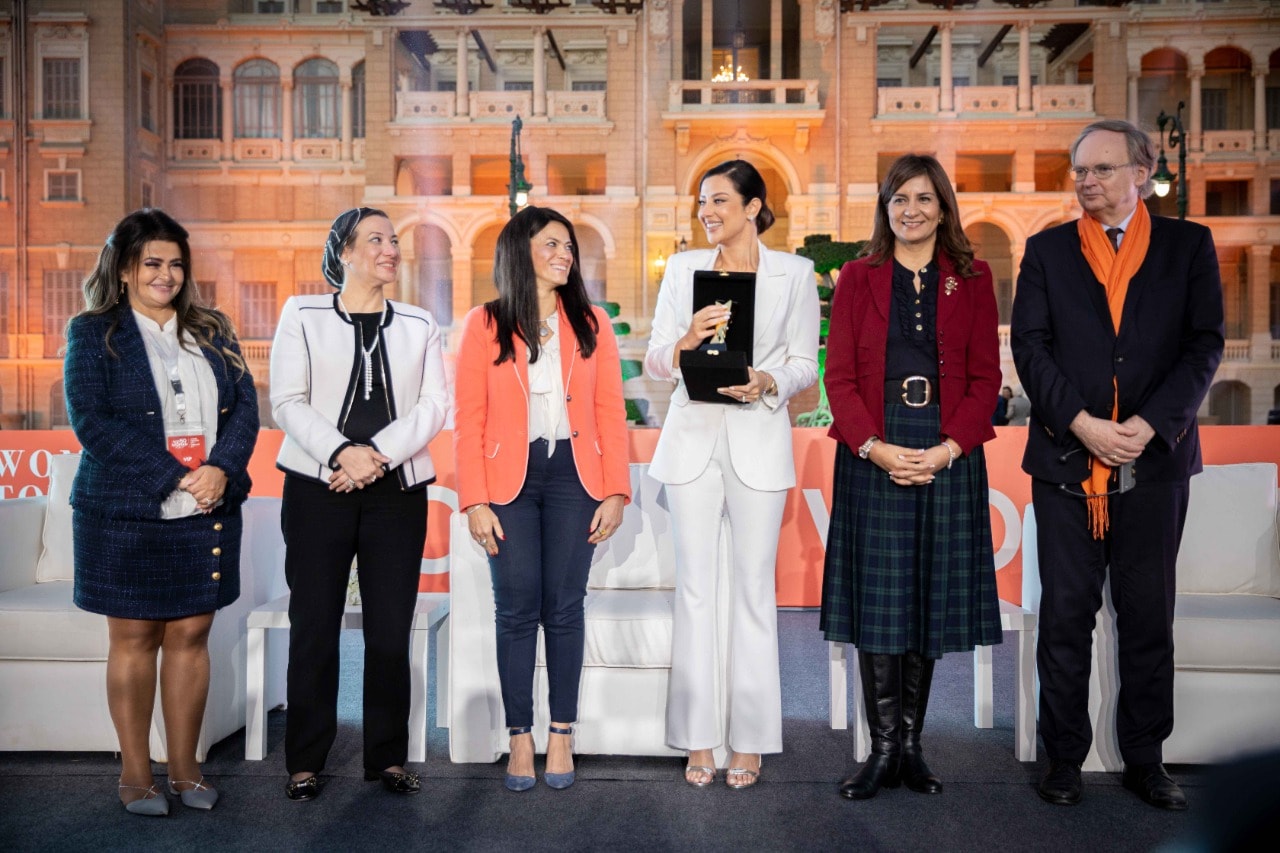 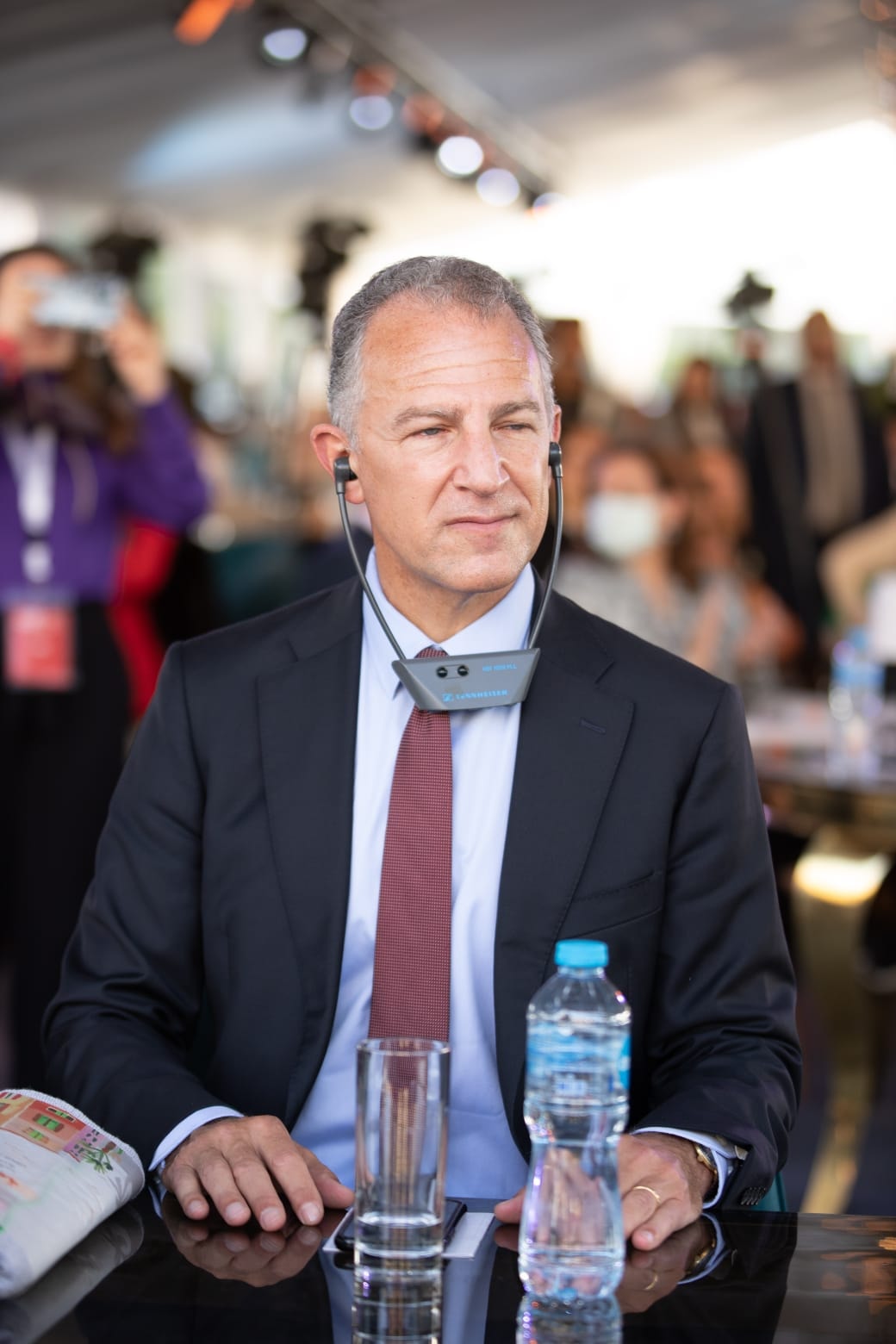 US Ambassador in Cairo Jonathan Cohen 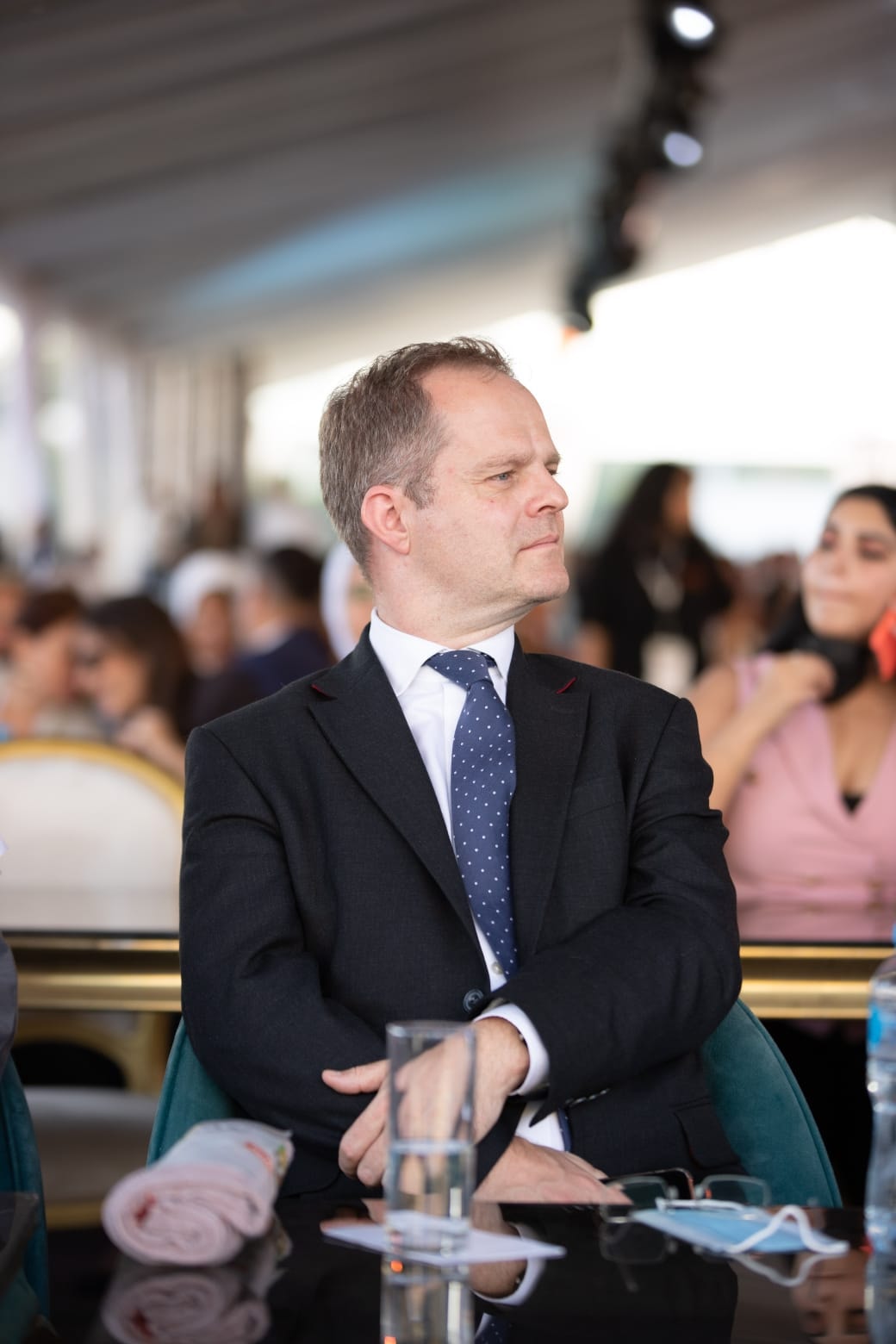 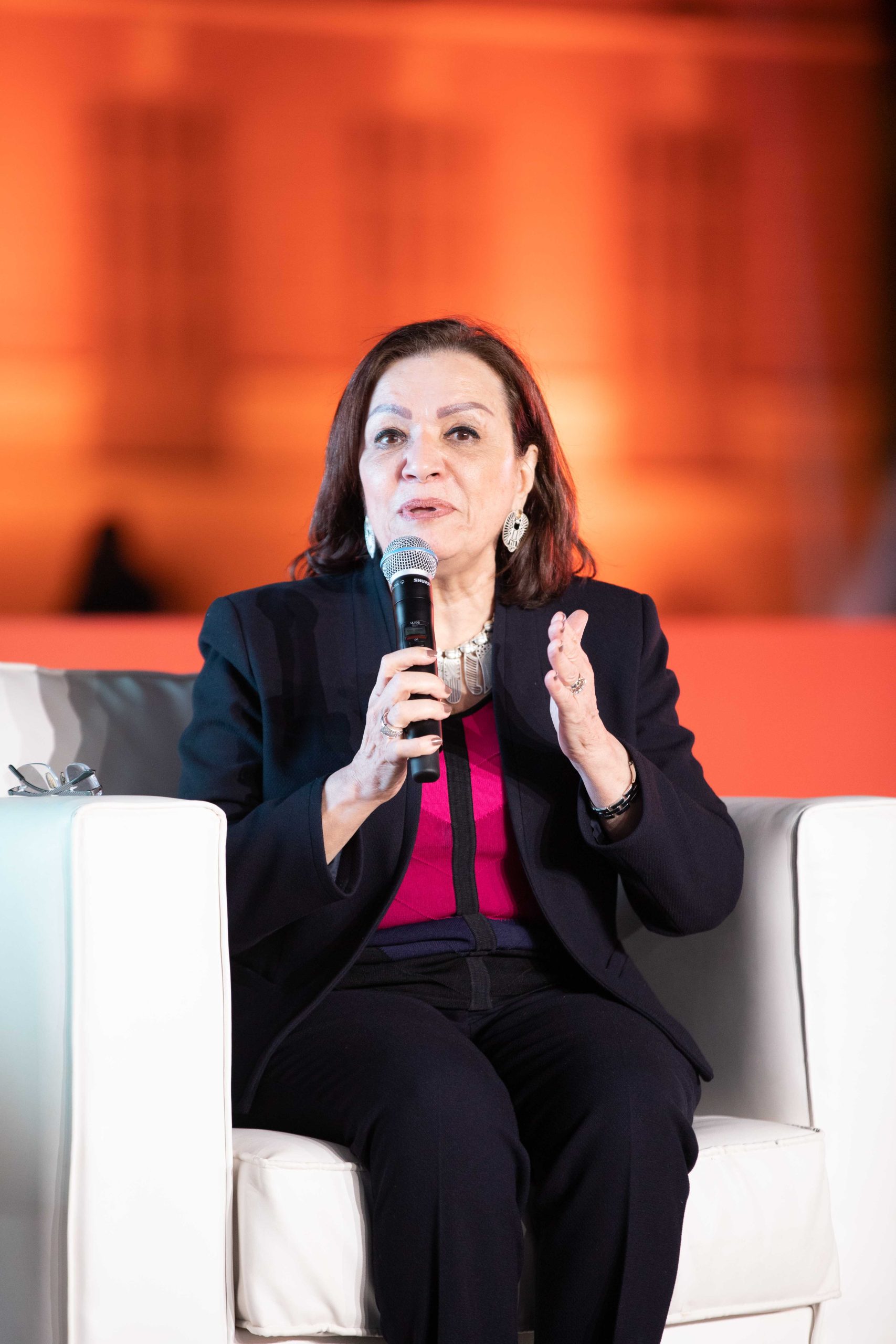 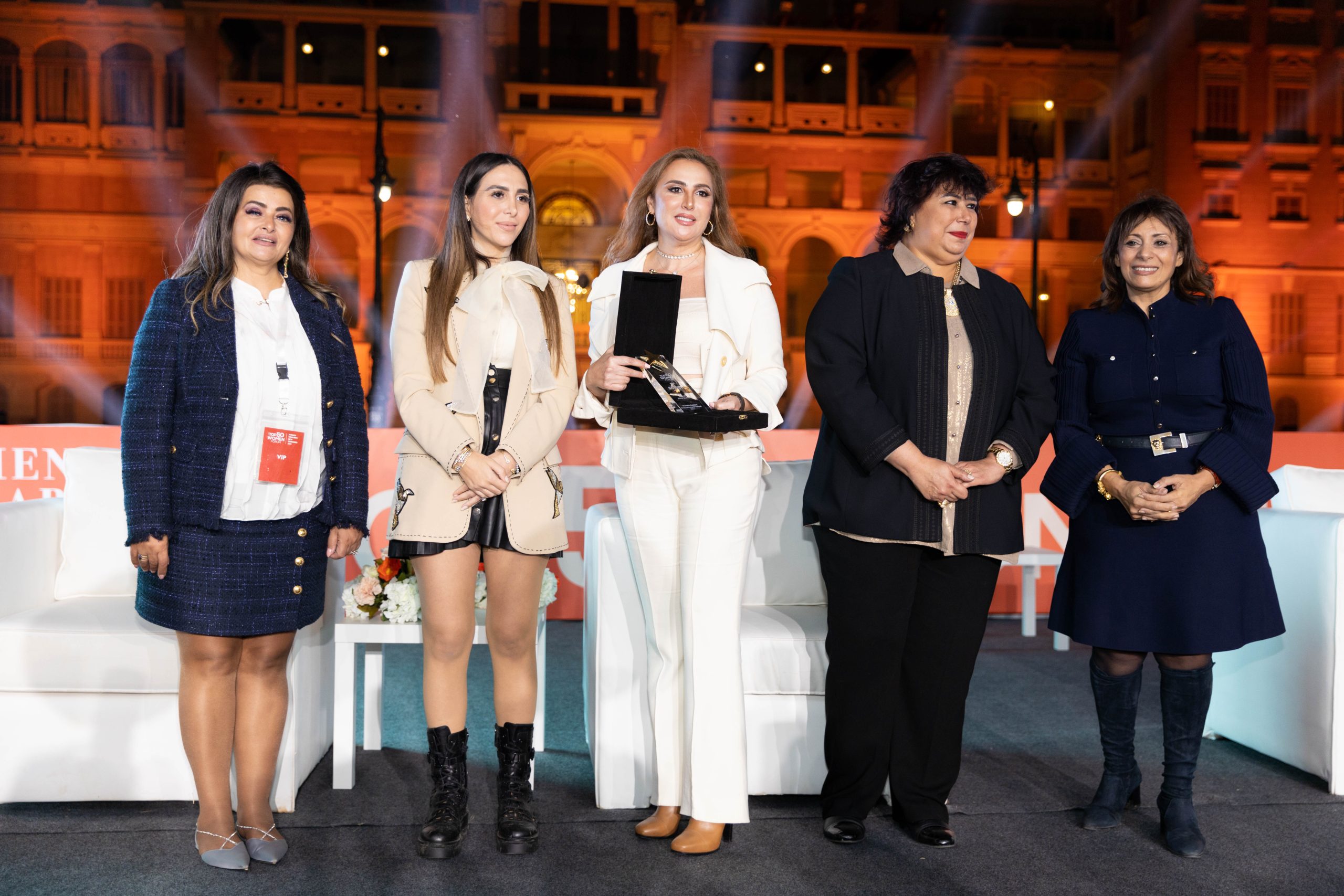 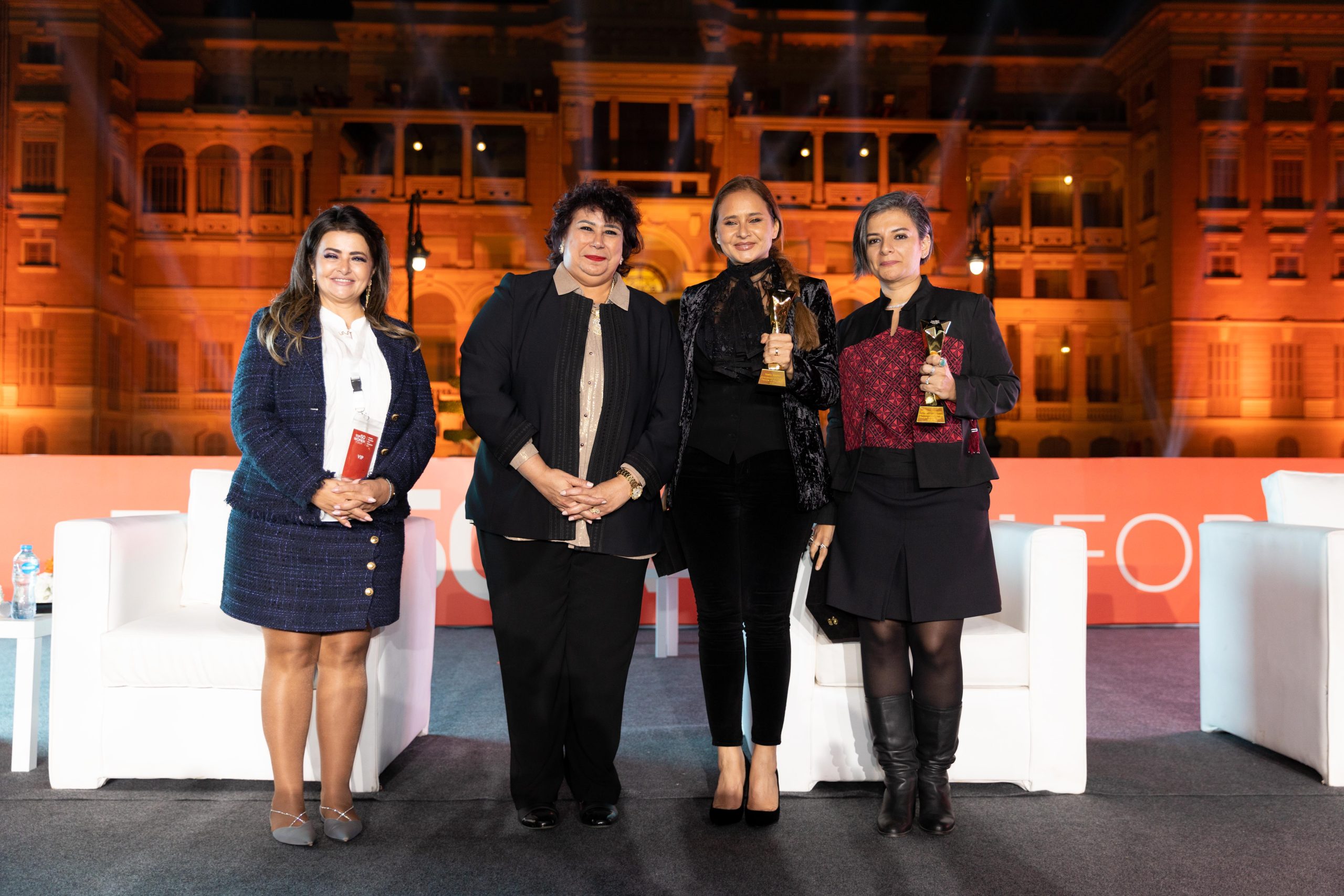 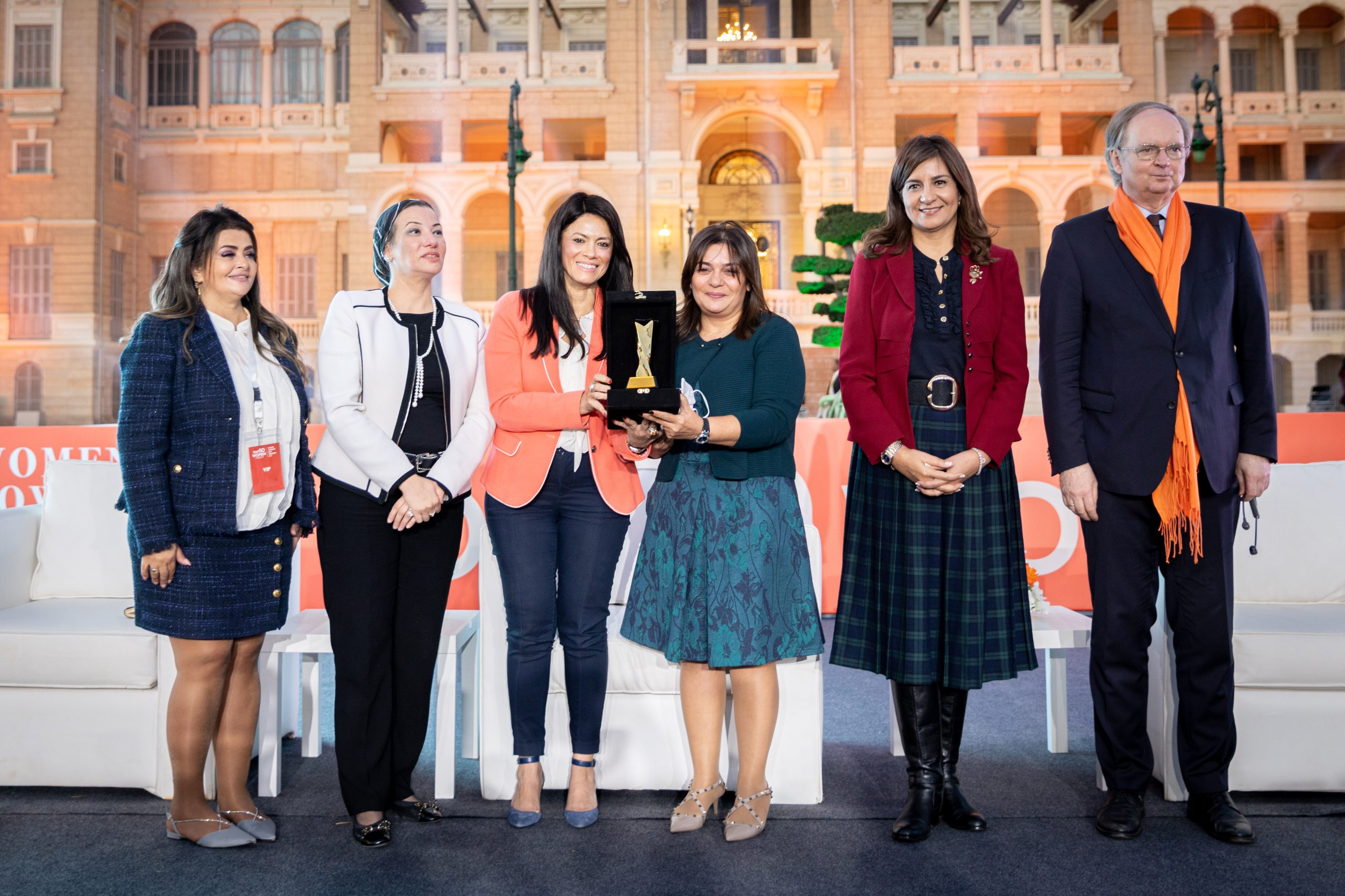