Farm Frites invests $40mln in to expand in the Egyptian market 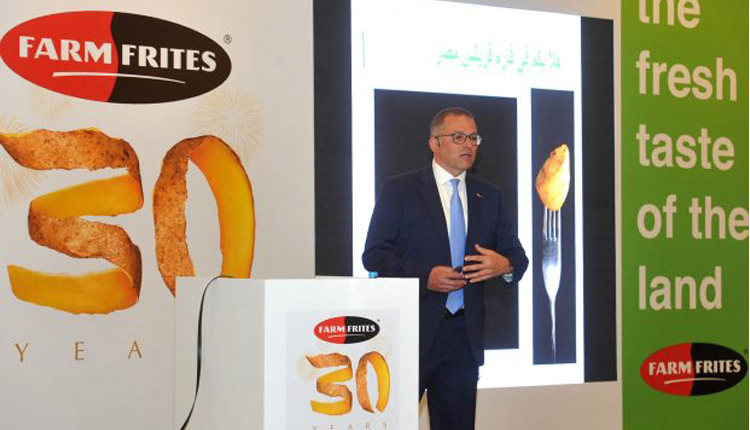 The new factory has been inaugurated today in the presence of  the minister of industry and trade Amr Nassar and Sahar Nasr the ministry of investment.

He added that his company is celebrating 30 years in Egypt through investments valuing at $ 100 million.

Seddik added that opining the new factory would  increase the company’s production capacity by  50 percent  which is estimated at 50,000 tonnes of semi-processed potatoes, increasing the company’s consumption  fresh potatoes to 300,000 tonnes annually.

He further noted that his company is exporting its production to 20 countries in the Middle East and Africa in addition to some countries in Europe, Japan and East Asia.

Regarding the company’s expansion plan, Seddik said that it has two pillars namely the Egyptian and foreign markets. The company works on identifying the needs of the targeted markets and introducing new products that meet those needs with the highest quality standards.