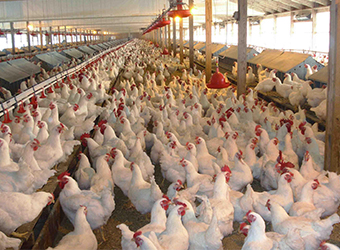 A 48-year-old man tested positive for the virus after he was admitted to Fayoum’s General Hospital with a cold and a fever.

The patient was moved to El-Abassiya Fever Hospital, where he succumbed to the virus, deputy health minister in Fayoum Hesham El-Shenawy told MENA.

Blood samples were taken from the victim’s families and those with whom he interacted to ensure they are not infected.

The victim worked at a duck farm, veterinary health deputy minister Moussa Soliman told MENA, adding that safety regulations are being implemented at the farm to ensure no more infections occur.

Bird flu first appeared in Egypt in 2006, with most cases identified in rural areas, where villagers tend to raise poultry in their homes, increasing potential exposure to the virus.