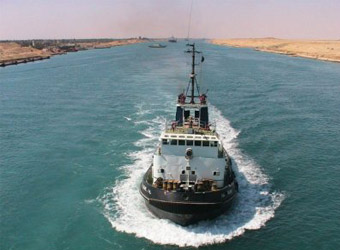 Fallah said the closure of the ports was crucial for the safety of ships and the ports.

Fallah added that the Egyptian ship “Karama” had arrived to Port Tawfiq from the Saudi port of Jeddah, loaded with 12,000 tons of cargo.

The petroleum ship “Urdu Jazz,” coming from the Saudi port of Yanbu, arrived to El-Zayteyat. He said the ship was loaded with 6,500 tons of liquid butane.

Egypt’s north coast, parts of Sinai, and Cairo all saw rain Saturday, which is expected to continue Sunday.

Officials said that flights through Cairo International Airport have not been affected by the bad weather.