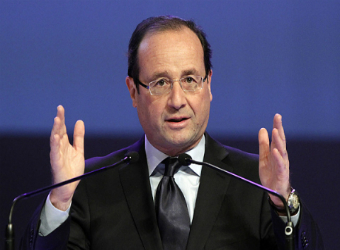 French President Francois Hollande has expressed Sunday solidarity with Egypt following a deadly bombing rocked earlier the day at a church in the Nile Delta in Tanta, north of Cairo.

In a written statement after Sunday’s attack, Hollande says “one more time, Egypt is hit by terrorists who want to destroy its unity and its diversity.”

He says France “mobilises all its forces in association with the Egyptian authorities in the fight against terrorism,” and offers condolences to the families of the victims.

The bomb ripped through a church in the town of Tanta that was packed with Palm Sunday worshippers. Coptic Christians make up 10 percent of Egypt’s population.