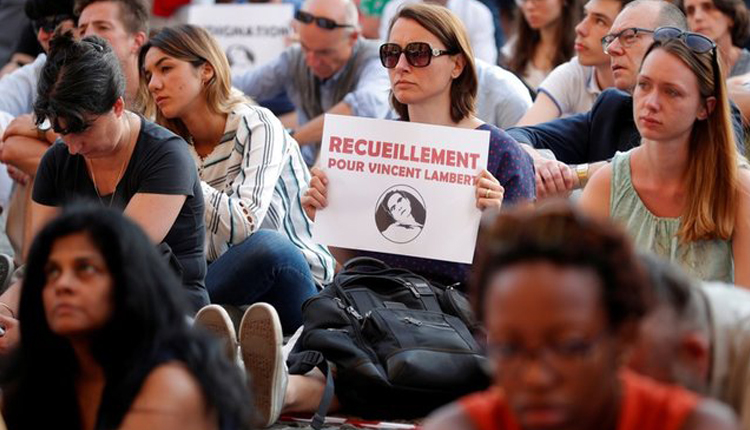 A French quadriplegic in a vegetative state who had been the focus of a decade-long legal battle to maintain his life support died on Thursday after doctors ended treatment, two lawyers for his relatives said.

On July 2, medics switched off the feeding and hydration systems that had kept Vincent Lambert alive since a motorcycle accident in 2008. He died at 8:25 a.m. (0625 GMT), the lawyers said.

Doctors at the hospital in Reims, in northeastern France, had acted in accordance with a final ruling by France’s supreme court, the Cour de Cassation.

The fate of the 42-year-old former psychiatric nurse tore apart his family and sparked fierce nationwide debate over the right to die. Euthanasia is illegal in France, but the law allows doctors to put terminally ill patients into deep sedation until death.

Lambert’s wife and some of his siblings wanted care to be withdrawn, but his Catholic parents, backed by other relatives, launched a series of legal bids to force doctors to keep him alive.

The parents argued that their son was not terminally ill. Lambert had almost no consciousness but could breathe without a respirator and occasionally moved his eyes.