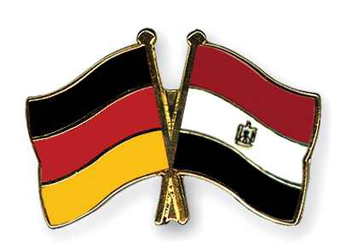 According to an agreement signed by Egypt and Germany in Berlin on Sunday, Germany will provide Egypt with more resources to run training programmes to help locals find better jobs, and more funds for Egyptians to study in Germany, as part of Germany’s wider effort to fight the causes of unchecked migration.

The agreement, which was signed by Egypt’s Foreign Minister Sameh Shoukry and his German counterpart Sigmar Gabriel, aims to slow the flow of migrants to the European country, German government spokesperson Steffen Seibert said on Monday.

Germany will help Egypt improve facilities for Syrian refugees and other displaced people in the country, and the two countries agreed to work more closely to crack down on smugglers who bring migrants illegally into Europe across the Mediterranean.

A total of 122,802 Syrians are registered with the Egyptian branch of the UN’s refugee agency, out of a total 208,398 registered refugees and asylum-seekers.

Estimates suggest that there are many Syrians in the country who have not registered with the UN.

Egypt’s Mediterranean coast is a departure point for many migrants seeking to reach European shores and continue their journey to Germany.

During Sunday’s meeting, Shoukry and Gabriel discussed Egyptian-German bilateral relations and the latest developments in the Middle East, including in Libya and Syria.