Gold climbs on weaker dollar after US jobs data 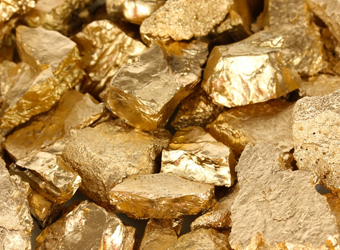 U.S. jobs growth surged more than expected in January as construction firms and retailers ramped up hiring, but wages barely rose, handing the administration under President Donald Trump both a head start and a challenge as it seeks to boost the economy.

“Gold is pointing to push higher from all fronts on charts,” said Brian Lan, managing director at gold dealer GoldSilver Central in Singapore.

Wall Street’s top banks expect just two rate hikes from the Federal Reserve this year and see only a modest risk to the U.S. central bank being pressed into a more aggressive pace of monetary policy tightening, a Reuters poll showed on Friday.

“It’s unlikely there will be a rate hike in March as there is too much political unrest in the United States. At least in the first half of the year, gold should do quite well,” Lan said.

Gold is highly sensitive to rising U.S. rates, which increase the opportunity cost of holding non-yielding bullion while boosting the dollar, in which it is priced.

Investor interest in gold was underscored by U.S. Commodity Futures Trading Commission (CFTC) data on Friday that showed speculators increased their net long position in COMEX gold contracts to the highest in eight weeks in the week to January 31.