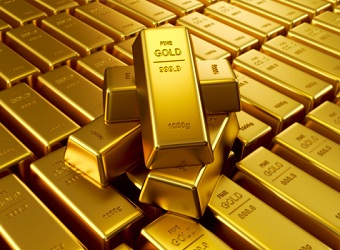 Gold rose for the fourth straight session on Wednesday, on a technically-driven rebound in thin volume, amid a slightly weaker dollar.

“Currently we do not see many strong fundamental reasons to push gold prices further down. However, after the Fed conference in December, there should be some technical rebound in gold prices,” said Jiang Shu, chief analyst, Shandong Gold Group.

“Since there are a few trading days left until the end of this year we think that the rebound will not be very strong.”

Reflecting bearish investor sentiment, assets in the SPDR Gold Trust, the world’s largest gold-backed exchange-traded fund fell 0.14 percent to 823.36 tonnes on Tuesday. Holdings are down over 13 percent since the U.S. presidential elections.

“Currently there are very strong expectations of more rate hikes next year,” said Shu, adding that declining gold prices have had a negative impact on the bullish sentiment in the physical gold price.

The Federal Reserve raised U.S. interest rates on Dec. 14 for the first time in a year and signalled three more increases next year from the previous projection of two.

U.S. consumer confidence shot to its highest in more than 15 years in December as Americans saw more strength ahead in business conditions, stock prices and the job market following the election of Donald Trump as president in November.

The upbeat data helped underscore expectations that the U.S. central bank would raise interest rates at a faster pace next year.

Expectations of further U.S. interest rate increases lower demand for the non-yielding assets such as bullion, while boosting the dollar, in which it is priced.

The dollar index, which measures the greenback against a basket of currencies, was down 0.1 percent at 102.96.

“We don’t think much will be going on in the markets for the balance of the week. Sharp moves in either direction must be weighed against the fact that liquidity remains fairly light,” INTL FCStone analyst Edward Meir said in a note.

Elsewhere, silver was steady at $15.95 an ounce. The metal rose nearly 1.5 percent on Tuesday.