Gold up on a softer dollar; US CPI, Fed minutes in focus 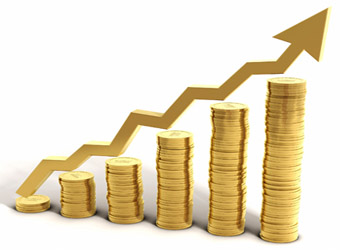 The dollar index, which measures the greenback against six other major currencies, was steady at 89.567, not far from a two-week low of 89.544 hit on Tuesday.

Chinese President Xi Jinping promised on Tuesday to open the country’s economy further and lower import tariffs on products like cars, in a speech seen as an attempt to defuse an escalating trade dispute with the United States.

The U.S. economy likely expanded at a 2.0 percent annualized rate in the first quarter in the wake of the March payrolls data released on Friday, the Atlanta Federal Reserve’s GDPNow forecast model showed on Tuesday.

The Bank of England should not delay raising interest rates again, one of its top policymakers, Ian McCafferty said, pointing to the possibility of faster pay rises and the recent strong pick-up in the world economy.

The European Central Bank could stagger the process of raising euro zone interest rates by first lifting its sub-zero deposit rate back toward positive territory, one of its longest-standing policymakers, Ewald Nowotny, said on Tuesday.

Kin Mining decided to curtail construction works on the Leonora gold project pending a full review of capital cost and schedule for completion, the company said on Wednesday.