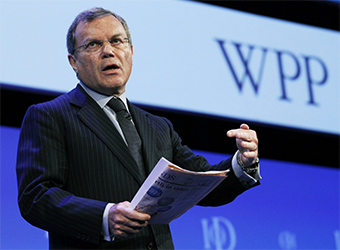 Facebook and Alphabet-owned Google must accept that they are media, not technology companies, and deal with inappropriate content on their platforms, Martin Sorrell, chief executive of WPP told CNBC on Thursday, despite both U.S. firms trying to distance themselves from that label.

The boss of the world’s largest advertising firm was responding to questions about the “brand safety” issues seen on both Facebook and YouTube, such as ads being placed next to extremist content and problems with fake news.

Speaking about his first quarter results released on Monday, Sorrell said that the company – which represents around $75 billion globally of media placements – saw clients continue to invest in advertising on Facebook, Google and newer entrants like Snap Inc’s Snapchat.

“So investment in digital continues … but you’re right, there are these issues like brand safety, like measurability, we’ve had Facebook admitting on three or four occasions recently that the statistics that they give for their audiences were inaccurate,” Sorrell told CNBC in a TV interview.

“And of course, if any traditional medium, just like CNBC did that, they probably would be under extreme pressure if not out of business. So there are some very big issues, Google and Facebook are 75 percent of the digital marketplace … so they are very important and it is important that the data it shares in a more comprehensive way.”

Several brands pulled ads from Google-owned YouTube because they were being placed next to extremist content. Matt Brittin, Google’s EMEA president of business operations, apologized in March for this issue. The company announced plans to expand its safeguards for advertisers including plans to take down inappropriate content faster.

Facebook meanwhile has been criticized for allowing the proliferation of fake news on its platform. And it has also had trouble with its live broadcasting product – Facebook Live. Earlier this week, a Thai man broadcast himself hanging his baby daughter. Facebook has had a number of broadcasts that show violence.

Sorrell said these internet giants need to accept their role as media companies, and that means having better control of the content that appears on their platforms.

But being labeled a media company is something that Facebook and Google have tried to resist.

“I don’t think we have to be the publisher and we definitely don’t want to be the arbiter of the truth,” Facebook Chief Operating Officer Sheryl Sandberg said in a recent interview with the BBC.

Nonetheless, WPP now gets 39 percent of its revenue from digital, with revenues from the segment up 4 percent on a like-for-like basis in the first quarter, a trend Sorrell said is likely to continue. Still, the WPP chief said that it could be a chance for traditional media to position themselves as a safer bet for advertisers.

WPP reported like-for-like net sales in the first quarter were up 0.8 percent as it grappled with a decline in revenues from North America, its biggest market, as well as flat results in the emerging markets.

“It was patchy and it was a tough first quarter,” Sorrell said.

Trump agrees not to terminate NAFTA treaty ‘at this time,’ will attempt re-talks