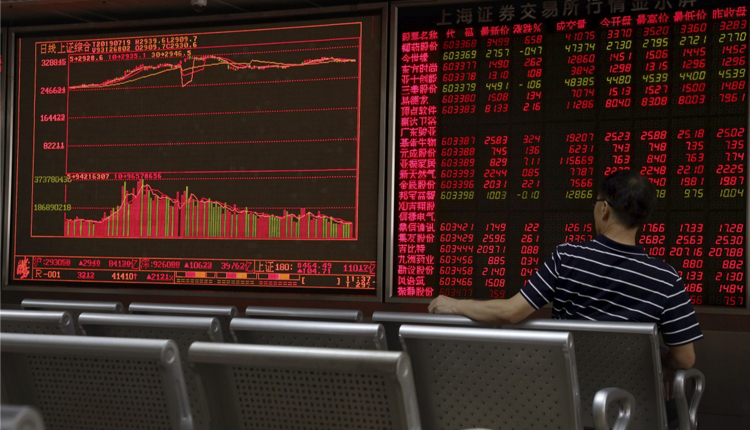 Hong Kong markets headed lower on Thursday, with some traders saying the benchmark gauge had rallied too much too soon after the U.S. and China agreed to a preliminary trade deal that was thin on detail.

The index jumped 3.3 percent over the last four trading days after the world’s two largest economies said they had agreed to a phase one trade deal.

The agreement, which took weeks to formalize and followed about 18 months of escalating tensions between the two countries, includes the rollback of some U.S. tariffs on Chinese goods and Beijing’s pledge to buy more American agricultural produce. But investors are awaiting more details.

Stanley Chik, head of research at Bright Smart Securities, said while the trade deal news was positive, “it does not mean the market should be up this much.”

He highlighted that the recent market rally was being supported by an inflow of money.

Turnover on the Hong Kong Stock Exchange’s main board was at 45 billion Hong Kong dollars ($5.78 billion) by noon, higher than usual for the time of day.

“Next year, we will still need to look at trade negotiations and how they develop,” Chik said. “I think it will drag on for a while.”

Meanwhile, the U.S. House of Representatives on Wednesday voted to impeach President Donald Trump on charges of abuse of power and obstructing Congress. The proceedings will now go to the Senate, where members will hold a trial early next year to decide whether Trump should be convicted of the charges and removed from office.

In the mainland, the Shanghai Composite Index edged 0.2 percent lower.

Apple supplier Q Technology Group fell 8.8 percent to HK$12.86 in Hong Kong. The company said its controlling shareholder and Chairman He Ningning plans to place 15 million shares at HK$13.68 each, a discount of 2.98 percent to the stock’s last closing price.

China Taiping Insurance Holdings slipped 2.2 percent. The company on Wednesday said its unit agreed to invest a total of 6.50 billion yuan ($928.02 million) in four target companies in the infrastructure and construction segments.

Ground International Development jumped 8.8 percent after the company said it plans to sell its stake in Biara Investments and Ground Data System along with shareholder’s loans for HK$305.28 million.