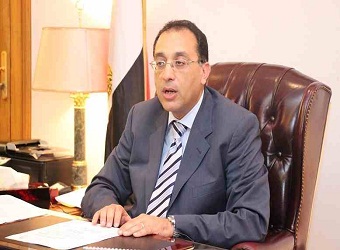 Egypt’s Housing Minister Moustafa Madbouly has marketed Wednesday a number of major projects that are being implemented by the ministry during MIPIM, the world’s largest real estate exhibition, at Canne Town in France.

These projects are located in the Egyptian cities of New administrative Capital, 40km (24.8 miles) east of Cairo, and New El Alamein, northwest of Cairo, as well as New Mansoura, 128km (79.5 miles) north of Cairo in the Nile Delta and Sheikh Zayed, at the outskirts of Cairo, Madbouly further stated.

The minister made his remarks during the attendance of a big number of foreign investors and Egyptian developers, adding that the Egyptian delegation has participated in this real estate fair for the first time.

“Egypt will partake in this global fair and the ministry will showcase its projects besides the Egyptian real estate developers,” Madbouly said, referring that the country’s investment climate attracts all investors within the current period.

As for the under-construction new capital city, it is part of the government’s plan to expand urban areas to deal with the country’s rapid population growth and improve the nation’s infrastructure.

The city will be a 270-square-mile hub with 21 residential districts to accommodate five million people. It will feature 1,250 mosques and churches, a 5,000-seat conference centre, nearly 2,000 schools and colleges, over 600 medical facilities and a park that is projected to be the world’s largest.