How Germany’s election could shake the European Union 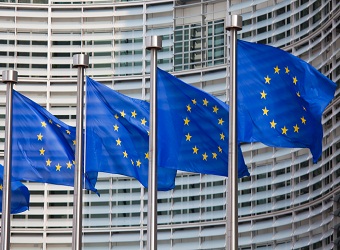 On Sunday September 24, German citizens are to head to the polls to elect their new government in the last in a string of pivotal national elections to be held across Europe this year.

Incumbent Chancellor Angela Merkel is hoping to secure her fourth term in power, but with anti-establishment opponents continuing to capture segments of the electorate it is likely that she will fall short of the support required to secure a majority.

The means she would have to strike another coalition deal with one or more of the country’s opposition parties.

Current Emnid polls show Merkel’s Christian Democratic Union (CDU), and its sister Christian Social Union (CSU), taking just over a third of votes. This would likely lead to one of two possible alliances – a CSU/CDU-FDP-Green coalition or a CSU/CDU-SPD coalition.

Such partnerships with the CSU/CDU and the SPD and the FDP, respectively, have occurred before: the CDU/CSU is currently in ‘a grand coalition’ with the SPD. But with a new leader at the helm of the SPD, and the parties ideologically opposed on major EU issues, Germany’s continued stance on the European project looks in contention.

A risk to EU integration

One of the two most likely coalitions would be between the CSU/CDU, the FDP and the Greens. Dubbed a ‘Jamaica’ coalition to reflect the parties’ combined colours, this three-party alliance would meld the Green’s liberal-leaning stance with the FDP’s business-friendly policies.

Historically such a combination seemed almost impossible given their differences on economic and social policy; but a recent parliamentary vote to legalise gay marriage has removed a major obstacle and could provide Merkel with a strong majority.

However, a deal could force Merkel to weaken her hand. The FDP has partnered with the CSU/CDU in the past and has enjoyed little influence in European policies, finding them instead dominated by a CSU/CDU appointed chancellor and finance minister.

This may cause the FDP to this year demand a position of greater influence, such as finance minister.

“The FDP would definitely want the finance ministry, because of the bad experience of 2009-2013,” a Commerzbank note released last week read, referencing the party’s previous failure to drive ahead with its tax cut agenda.

This would include tax cuts for businesses and limitations to European integration. The party instead wants every Eurozone country to take greater individual responsibility.

“A coalition consisting of CDU/CSU and FDP would offer chances to embark on a more business and growth-friendly course, including a sizable net tax relief.

“Also this coalition would be more reluctant to go ahead on the road to a deeper European integration,” the bank posited. However, it suggested the party would need a 10 percent share of votes to assert these demands.

Relinquishing the reigns of the EU

The alternative to this could be a CDU/CSU coalition with the SDP. In essence this would be a continuation of the current ‘grand coalition’ government, but with one major difference.

Earlier this year, the SPD appointed Martin Schulz, the left-leaning former president of the European Parliament, as its new leader, and like the FDP, he would likely push for greater authority in government.

“(Schulz) has said several times that debate brings better ideas, which many have taken to be an implicit criticism of SPD leaderships for being too acquiescent and quiet within the grand coalition,” David Lea, senior analyst for Western Europe at Control Risks, told CNBC via email. “There’d certainly be more room for dispute within the coalition than there has been.”

This, too, could have deep repercussions for the EU. Aside from advocating increased welfare and infrastructure spending in Germany, Schulz is driving for increased European integration, including a common economic and monetary union (EMU) and a common European finance minister.

Ultimately this would mean Germany relinquishing the reigns as defacto head of the EU.

“(Schulz) may want to tone down the ‘German leadership of the EU’ narrative that’s emerged since the financial crisis (most senior politicians do, in truth),” Lea posited. “The idea that he and Merkel, united by coalition, would march into Brussels and order everyone about is a bit far-fetched.”

This, in turn, could have the effect of strengthening ties, by putting member states on a more even keel.

“Schulz might make it easier for Germany to back down from its doctrine of economic rigour, which has alienated a few in southern Europe during the last few years,” suggested Lea.

The FDP’s and the SPD’s respective abilities to assert control in a coalition deal will largely depend on the final votes, however: the bigger the majority for the CDU/CSU, the better their chances of resisting external demands and appointing both Chancellor and finance minister.

Under this scenario, existing finance minister Wolfgang Schauble is a likely pick, which could mean more of the same for Europe.

Critics argue that Schauble’s austerity measures and strict deficit limitations are hampering the growth of the Eurozone and restricting job creation. However, more recently he has welcomed efforts by European colleagues, most notably French President Emmanuel Macron, to strengthen the Eurozone, describing the launch of an EMU as “possible.”