IMF admits it lowered own standards for Greek program 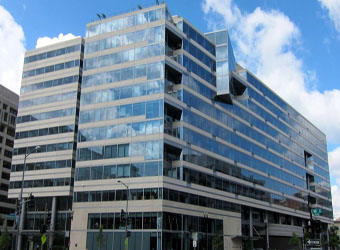 The International Monetary Fund on Wednesday admitted it had to lower its normal standards for debt sustainability to bail out Greece, and its projections for the Greek economy may have been overly optimistic.

The IMF was one of a trio of international lenders who in 2010 stepped in to keep the euro zone country from defaulting on its debt and departing the common currency bloc. The IMF pledged about 30 billion euros ($39 billion) to Greece at the time, out of a total package of 110 billion euros.

Some IMF board members and others criticized the fund for giving Greece so much money in comparison to the size of its economy, accusing the fund of being overly swayed by its European members.

An evaluation released on Wednesday said the IMF’s support was necessary to prevent Greece’s problems from spilling over into the rest of the euro zone and the global economy.

“There was, however, a tension between the need to support Greece and the concern that debt was not sustainable with high probability,” according to the evaluation.

“In response, the exceptional access criterion was amended to lower the bar for debt sustainability in systemic cases.”

After the Greek program was approved, the IMF and the other lenders, the European Commission and the European Central Bank, required Greece to immediately cut some of its debt and implement structural reforms.

But there were “notable failures” in the results, the IMF said. Greece remained in the euro zone and cut some of its debt, but it failed to restore market confidence and the economy plunged into one of the worst recessions to ever hit an economy in peacetime, with output falling 22 percent from 2008 to 2012.

The evaluation said the IMF’s assumptions for the Greek economy can “be criticized for being too optimistic.”

The Washington-based lender, according to the evaluation, may have been overly constrained by working with its European partners within a monetary union, and not focused enough on ensuring political support existed within Greece for the rapid adjustments.

“Other lessons drawn concern the need … for Fund staff to be more skeptical about official data during regular surveillance,” the report said.