In trump’s age, what’s the future of the Clinton Foundation? 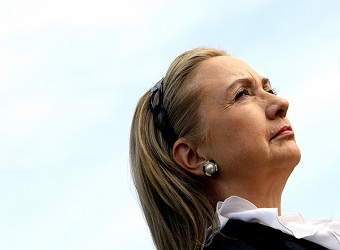 With President Donald Trump sworn in and Hillary Clinton’s presidential aspirations in the rearview mirror, some have begun to wonder what this means for the Clinton Foundation.

The charitable organization founded by former President Bill Clinton in 1997.

Will it continue to be the influential entity that it’s been for two decades, or will it become a shadow of its former globe-trotting self in the populist age of Trump?

The foundation’s major programs and initiatives have included the Clinton Health Access Initiative, Clinton Climate Initiative and the Clinton Development Initiative, which promotes agribusiness in the developing world.

Major donors have included everyone from celebrity chef Mario Batali to General Motors.

In its 20-year history, the Foundation has raised approximately $2 billion, receiving $218 million in contributions in 2014 alone.

To put those numbers into post-presidency nonprofit context, the George W. Bush Foundation received $52 million in net contributions in 2014, and in the same period the Carter Center received $17 million in net donations.

The Obama Foundation, created in 2014 to work on President Obama’s presidential library, as well as global initiatives, had contributions and net assets of just over $2 million, according to its Dec. 2015 fiscal disclosures (released in May 2016).

By raising money in the hundreds of millions, the Clinton Foundation is in an entirely different league than any other presidential charity.

In fact, it has more in common with the disaster aid organization Direct Relief, which took in $455 million in total public support in 2014.

The foundation’s fundraising reached its zenith in 2013, when it raised $262 million, according to The Washington Post.

That was the year that Hillary Clinton stepped down as Secretary of State and devoted herself to fundraising for the charity, prior to announcing her intention to run for president.

Now the Clinton family foundation’s status as a powerful philanthropic force is being viewed through a post-political lens.

Recent events could give that impression that the post-political view for the Clinton Foundation is negative.

Several right-wing news outlets recently reported that the Clinton Global Initiative, the annual event held by the Clinton Foundation in New York City, will wind down, based on a filing with the New York State Department of Labor from January 12.

But the layoffs at the Initiative detailed in the filing had first been reported as far back as September and had in fact been announced by Bill Clinton earlier in 2016, when he said CGI would wind down regardless of the election outcome.

“The Clinton Foundation’s work continues,” Cookstra said. “In fact, we recently announced the next class of our Presidential Leadership Scholars for 2017. We are continuing the changes to CGI that were announced last year, that we said at the time would happen regardless of the outcome of the election.”

The charity watchdog’s view stands in contrast to the way the foundation was characterized during the presidential campaign, but it’s consistent with the views of some who have been close to the Clintons over the years and have observed how the foundation operates.

It also received an A rating from the American Institute of Philanthropy’s CharityWatch.

“It is a highly rated charity,” said Los Angeles attorney Bennet Kelley, who was a fundraiser for President Clinton during the 1990s. “The money that went in went to its purpose.”

According to Charity Navigator’s review, based on 2014 financial disclosures, Clinton Foundation had more than $317 million in revenue.

Based on total expenses of $249 million, the foundation was carrying an excess of $89 million. It had total assets of $439 million and liabilities of $67 million.

The foundation spent 86.9 percent of its expenses on programs and services, based on the most recent review updated by Charity Navigator in September 2016.

By far, the majority of its expenses have gone to the Clinton Health Initiative, which received 64 percent of spending ($129 million in fiscal 2014), according to Charity Navigator.

The more recent 2015 disclosure from the foundation has not yet been reviewed by Charity Navigator.

Potential donors with second thoughts about contributing to this or any other charity can do their own due diligence and determine whether the money they donate will go where it’s supposed to go.

Charity Navigator recommends examining an organization’s Form 990, which it’s required to file annually with the IRS and which should be readily available on a nonprofit’s website.

This document provides information about a charity’s financial health, its commitment to accountability and transparency and the results that it gets.

If it gets high marks on those three scores, then contributions will not be for naught, so those considering making a donation to any charity should consult this information to tell if their donations will go to their intended purpose or get lost in the downward spiral of a failing foundation.

It remains to be seen whether or not Hillary Clinton’s election loss has tarnished her family’s brand and, if so, what this means for the future of the foundation. No. 2 in expenses for the foundation after the Global Health Initiative was the Clinton Global Initiative, at more than $23 million.

It was followed by the Clinton Presidential Center ($12 million) and Clinton Climate Initiative ($8 million), according to Charity Navigator. The charity watchdog states that Clinton Foundation program expenses have grown at a rate of 17 percent.

Ending the Clinton Global Initiative means that $23 million is presumably freed up for other programs. However, an official at Charity Navigator said the flip side is less revenue coming in, as CGI is a major fundraising opportunity.

Whether the election outcome has an effect or not, there is one overriding, inevitable reality that will determine the Clintons’ involvement in the charity’s future.

2nd Pharmacy Expo to take place in Cairo next March