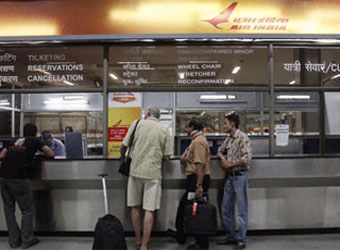 Sending hospitalised Indian patients from the UAE to their home country has been facing delays due to the current formalities of national carrier Air India, say social welfare groups assisting the transfer of patients.

The procedures that require Air India’s medical team based in its headquarters in Mumbai to assess the airworthiness of patients have often resulted in unwanted interruptions adding to the trauma of patients and their families, they said, calling for immediate revision of the formalities.

The new procedures were introduced last year when the merger of the two airlines, Indian Airlines and Air India, was completed under the parent company National Aviation Company of India Limited (NACIL).

Prior to that, most of the patients used to be transported on Indian Airlines flights and the airworthiness of patients was to be assessed by the doctors treating them locally.

Now, every detail about the health status of the patients has to be sent to Air India’s medical team in Mumbai. “What is frustrating is that very often, they ask questions in bits and pieces,” said a volunteer from the Indian Association Sharjah. “So, it takes a lot of time by the time all papers are in place. But that time period is really precious, even if it is one day, for the patients and their families back home,” he said, requesting not to be named.

Air India has also made it mandatory that stretchers and oxygen cylinders have to be sent from India, adding to the procedural delays.

“It is ridiculous that Air India has to source the oxygen cylinders from Mumbai,” said S. Prasad, community welfare convener of Sevanam in Ras Al Khaimah.

“When there is no direct flight from Mumbai to Sharjah, the cylinders have to be sent to Dubai. But they can’t be taken to Sharjah without going through the clearance procedures which give a headache to Air India. Once, they sent back an oxygen cylinder to Calicut from Dubai and then brought it again to Sharjah from where the patient had to be flown to Kerala,” he said.

Some of the associations had brought the issue to the attention of Minister of Overseas Indian Affairs Vayalar Ravi during his UAE visit in November when he was holding the additional profile of the Civil Aviation Minister. “It was only after the intervention of the minister that we managed to send a patient who had to languish here for 12 days because of this red tape,” said Prasad.

However, the minister’s verbal orders did not change the situation much. According to Sajila Saseendran, the Indian Association Sharjah witnessed two weeks’ delay in sending an accident victim even after that.

They said they were raising the issue again because the officials concerned who can take decisions in the matter have been scheduled to visit the UAE. Chairman and Managing Director of NACIL Rohit Nandan will be in town today for Air India’s Agency Award Ceremony and minister Ravi will be in Dubai tomorrow.

Volunteers said they would submit fresh petitions to the officials requesting them to address and resolve the issue at the earliest.