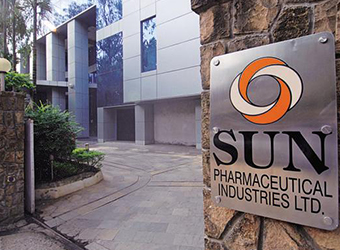 The Mumbai-based holding company Sun Pharma is one of the largest pharmaceutical companies globally, producing a wide range of quality, affordable medicines trusted by health care professionals and patients across the world.

“This is a particularly proud moment for us to raise the flag of India next to the flag of Egypt and that of Sun Pharma,” ambassador Bhattacharyya said during the inauguration ceremony.

Bhattacharyya added that India and Egypt share a partnership that goes back to millennia and in recent time both countries have seen a new partnership in a new era.

“We have seen over the years that Indian investments had continued to come to Egypt because India believes in the long term prospects of Egypt,” the Indian ambassador said.

“In pharmaceuticals we believe that affordable and reliable generic medicines would provide the solution for developing countries like India and Egypt,” he added.

“In the early 1990s we started our operation in Egypt and by mid of 2004 we wanted to establish the first factory in the Middle East and Egypt has been chosen to be the premises,” said Hany Mashaal, Country General Manager at Sun Pharma, Head-Rest of Middle East at Ranbaxy said.

“Despite several barriers and many of political and economic issues we decided to proceed with the investment due to our belief in the potential of the Egyptian market,” he added.

“The importance has been increased after the visit of President Sisi to India in September last year, which motivated us to enhance our investment,” Mashaal said.