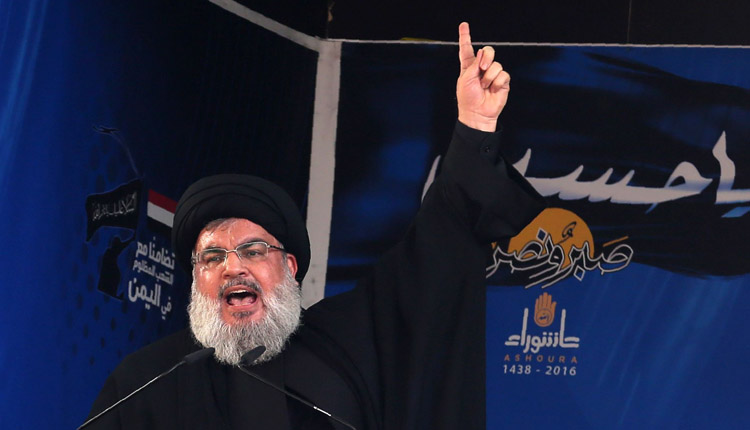 Lebanon’s Hezbollah warned Saudi Arabia  against betting on a war against Iran because it would destroy the kingdom and said Riyadh and the United Arab Emirates should halt the conflict in Yemen to protect themselves.

Tensions have spiked in the region since the attacks that officials in Washington and Riyadh have blamed on Iran, which has denied involvement. Responsibility was claimed by Yemen’s Houthi movement, an Iran-aligned group fighting a Saudi-led alliance in Yemen’s civil war.

Hezbollah is a heavily armed Shi’ite group set up by Iran’s Revolutionary Guards in 1982 and a major part of a Tehran-backed regional alliance.

“Don’t bet on a war against Iran because they will destroy you,” Nasrallah said in a televised speech.

Noting that the attack had initially halved Saudi oil output, he added: “Your house is made of glass and your economy is made of glass. Like the glass cities in the UAE.”

Nasrallah said the attacks on the Aramco installations showed the strength of the Iran-backed alliance and that new air defenses could not easily defend Saudi Arabia given its size and the maneuverability of the drones used.

New air defenses would “be very expensive and it will be of no use”, he said. His advice to both Saudi Arabia and its ally the United Arab Emirates was to instead stop the war in Yemen.

Noting threats by the Houthi movement against the UAE, he added: “The thing that will protect the installations and infrastructure in Saudi Arabia and the UAE is halting the war against the Yemeni people.”