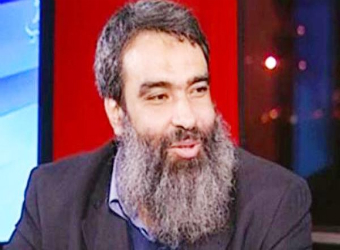 Egypt’s military-backed authorities have all but excluded Islamists from a new 50-member panel charged with drafting final amendments to the country’s post-Mubarak constitution.

Nour, the ultraconservative Salafi party that endorsed the army’s overthrow in July of Mohamed Morsi, the elected Islamist president, has been given one seat on the panel.

But its leaders complain the body is packed with secular figures who are “opponents of the Islamic project”. The only other representative of political Islam in the constituent assembly is Kamal al-Helbawi, a dissident from Mr Morsi’s Muslim Brotherhood, who broke away from it in the late 1990s.

The tiny representation of the Islamists, who won all five elections after the 2011 revolt, shows the reversal in Egyptian politics since the army toppled Mr Morsi, cracked down on the Brotherhood and set in motion a new process aimed at reconfiguring the political scene.

A technical committee of 10 legal experts has made a first draft of the proposed amendments, which omits most of the religiously tinged articles Islamists put into the 2012 constitution. That document was prepared by a committee from which liberal and secular members walked out, complaining that they were being marginalised.

An official spokesman said on Sunday that six Islamist parties, including Freedom and Justice, the political arm of the Brotherhood, were approached to join the drafting body, but only Nour responded.

Resisting a clampdown since the fall of Mr Morsi, the Brotherhood was unlikely to take part. Most of its leaders have been detained in a broad security sweep since mid-August when police broke up two Islamist protest camps killing hundreds of Morsi supporters.

On Sunday, it was announced that the former president will stand trial on charges of inciting deadly violence against demonstrators opposed to his rule.

The constitutional panel, with members nominated by state institutions, trade unions, universities and political groups, will start work next week. It has been given 60 days to produce a charter that will then be put to a referendum, to be followed by parliamentary and presidential elections.

But already some politicians and youth activists have criticised the draft produced by the technical committee as authoritarian and failing to mark any significant break with the past.

The amendments reinforce the near autonomous status that the army secured under the 2012 constitution. In addition, it is proposed that the appointment of future ministers of defence should be conditional on the approval of a council of top commanders.

Any future parliament would also find it difficult to make changes to the status of the judiciary, as laws which affect judges but do not meet their approval will require a two-thirds majority to be passed.

“Institutions have become tribes defending their own territory within the state, protecting each other and administering their own affairs,” said Zaid Ali, a researcher with the International Institute for Democracy and Electoral Assistance. “The system envisaged is a broad framework of democracy, but the people’s representatives won’t have as much authority as in a normal democracy.”

He and others also note that constitutional provisions purporting to guarantee free speech, peaceful assembly and the right to strike include vague language making the exercise of these rights subject to regulation by law.

“We rejected this under Morsi, and we reject it again because we know that laws are tailored to restrict rights,” said Ahmed Maher, who heads the influential April 6 youth movement.

Most disappointing to the country’s secular political parties, however, is the stipulation that the next parliamentary election should be fought between individual candidates and not on party lists. The change favours the big spenders and local notables who formed the bedrock of support for authoritarian governments before the 2011 revolution.

“Youths, women and Christians cannot get elected under this system,” said Mohamed Aboul Ghar, head of the Egyptian Social Democratic party and a member of the drafting committee. “This will restore the old state, but it will not pass. There will be a lot of resistance. We will oppose it in the committee and at the referendum stage and so will the Muslim Brotherhood.”