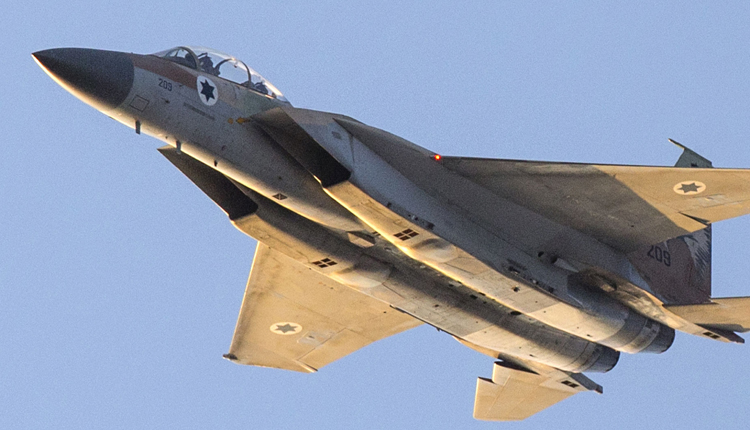 According to a statement from the IDF spokeperson’s unit, several targets in a Hamas military compound in the southern Gaza Strip were targeted in response to an early infiltration by four Palestinians who damaged security infrastructure and repeated attempts to damage security infrastructure during the violent protests along the border fence with Israel.

“The IDF views with great severity the daily attempts of the Hamas terrorist organization to strike at security infrastructure in Israeli territory while threatening the security of both residents and soldiers,” read the IDF statement.

The Israeli military “is determined to continue to carry out the defensive missions to ensure security for the citizens of Israel. The Hamas terror organization is solely responsible for what is happening in and out of the Gaza Strip, and it will bear the consequences for the terrorist acts being carried out from Gaza against the citizens and sovereignty of Israel,” it added

Earlier Saturday morning, four Palestinians infiltrated into Israeli territory after they crossed the security fence in the southern Gaza Strip. IDF soldiers fired warning shots after they were identified by the troops.

The army added that the four men were inside Israeli territory for a very short period of time and had left a tent which read “The March of Return, Returning to the land of Palestine” before they fled back into the Hamas-run coastal enclave.

There were no casualties on either side.

Also on Saturday an incendiary kite launched from the Gaza Strip caused a fire to break out in the Kissufim Forest in southern Israel in which firefighting teams arrived at the scene.

Thousands of Palestinians have been demonstrating along the Gaza-Israel security fence since March 30 and on Friday some 5,000 Palestinians gathered in two locations burning tires and throwing stones towards IDF troops who fired tear gas and live rounds towards demonstrators.

While no Palestinian was reported to have been killed by IDF fire, Gaza’s health ministry reported some 109 injuries, including 10 who had been injured by live rounds.

According to Palestinian News agency Wafa, 41 year-old Hussein Salem Abu Aweida died Saturday from the wounds he sustained last week during protests along the fence.

Two Palestinians from Gaza died on Thursday after succumbing to wounds they sustained during protests last week. Gaza’s Health Ministry identified one of the fatalities as 23 year-old Ahmed Ali Qatush who had been shot east of the al-Bureij refugee camp in northern Gaza. The second was identified as 21 year-old Muhannad Baker Abu Tahoun who was said to have been shot in the head during the same protests.

Palestinian Maan News Agency quoted the Gazan Health Ministry reporting that 116 Palestinians have been killed by IDF fire and over 13,000 wounded since the “Great March of Return” began on March 30th.