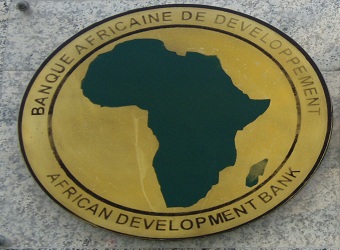 Japan’s government has signed a Letter of Intent to launch the Japan-Africa Energy Initiative (JAEI) with the African Development Bank (AfDB).

The initiative is set to provide significant support to the New Deal on Energy for Africa which aims to achieve universal access to energy by 2025, using available energy sources and the most advanced technologies.

The agreement was signed on the sidelines of the ongoing African Union Summit at the AU headquarters in Addis Ababa on 3 July 2017.

Following discussions initiated by African leaders during the 2016 Tokyo International Conference on African Development (TICAD-VI) held in Nairobi and a visit of AfDB President Akinwumi Adesina to Japan, the Japanese government confirmed its commitment to support the development of the Japan-Africa Energy Initiative.

The Initiative will significantly contribute towards Africa’s efforts to achieve universal access to energy and to transform its energy systems — through a balanced and pragmatic least-cost energy mix that encompasses renewable and conventional sources, AfDB said in a statement on July 4th.

Under this Initiative, AfDB will take the lead in project development in close consultation with regional member countries. Japan stands ready to provide up to $6 billion in both concessional and non-concessional finance for a variety of energy operations that will support the provision of electricity for homes, schools, hospitals, agriculture, industries, and clean cooking.

The Initiative will support the full range of activities associated with public and private sector energy projects – preparation, construction, and operations, through a mix of financing and technical assistance.

Speaking at the signing ceremony, Adesina, said: “I would like to thank the Government of Japan for their longstanding support to the AfDB, and to the African continent. I welcome Japan’s support for the New Deal on Energy for Africa through this Initiative, which is another milestone in the Bank’s long-standing collaboration with Japan and a strong endorsement of the Bank’s first High 5 to Light Up and Power Africa.”

Japan’s Ambassador to Ethiopia, Shinichi Saida, conveyed the message of Taro Aso, Deputy Prime Minister and Minister of Finance of Japan: “We strongly hope that, through this Initiative, Japan can contribute to accelerating the provision of electricity in Africa, including through its best available low-emitting clean coal technologies, thus leading to inclusive and sustainable growth in Africa.”

The African bank and the Japanese will work on the implementation arrangements over the coming weeks to effectively support projects as early as the end of 2017.