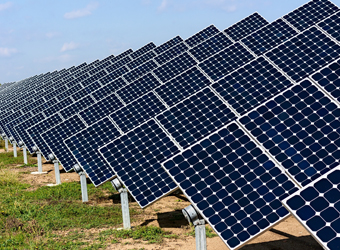 The station will be  of 20 megawatts in Hurghada in cooperation with the Japan International Cooperation Agency (JICA).

Steps are currently being taken to offer a tender to select the project’s contractor in September. The project will start operation in mid-2019 to produce around 32 gigawatts that would save about 7,000 tons of oil equivalent and reduce the emission of around 17,000 tons of carbon dioxide.

The move has been taken in continuation of regular follow-up on the indices of the level of performance of companies and authorities affiliated to the electricity sector and the latest developments in expansion of new and renewable energy ventures.

The follow-up is aimed at increasing the participation of renewable energy, raising the productivity of power plants, promoting units and honing the skills of cadres working in the electricity sector, Shaker said in statements.

The station is the first of its kind to use power storage systems in Egypt, according to Khayat.

The project’s technical and economic feasibility study has been prepared and an easy-term loan was signed between the authority and JICA worth 11.31 billion yen, he said.

The loan will also be directed to the establishment of a zero-energy-building information center to be equipped with the latest devices to activate its role as an international training center for workers in this field from the private and the public sectors.

Also, a conference hall to accommodate 120 people will also be established as part of the project, he added

Asia markets drift higher even after China rolls out tariffs