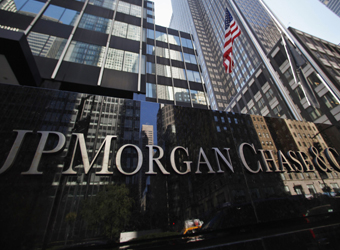 More emerging countries will be hit by debt woes in 2020, curbing the returns for the JPMorgan index of dollar-denominated sovereign bonds, the bank’s head of emerging markets research said on Monday.

Venezuela, Argentina and Lebanon have been among those ensnared by debt crises in 2019. But their small weighting in global bond indexes has meant contagion to other markets has been limited, meaning returns for the JPMorgan Emerging Market Bond Index Global year to date are in double digits.

But returns should flatten in 2020 partly because of the potential for more countries’ debt to tumble to distressed levels, said Luis Oganes, head of currencies, commodities and emerging markets research at JPMorgan.

“We’re monitoring the situation in other countries with other countries potentially having to do some debt treatment in 2020. Still small ones, so we may not see this generating much contagion to speak of but the list is becoming larger,” he said.

“We’re not yet thinking this is big enough to generate contagion for the asset class as a whole.”

Trading in the debt ground to a halt after Washington imposed sweeping sanctions on Venezuela in a bid to force President Nicolas Maduro and his allies from power.

More emerging market debt trading at distressed levels will store up risks for when the global monetary cycle turns – a change not expected to happen in 2020, he said.

“At some point this might come back to bite the asset class more. We don’t think the high debt levels are going to be at the center of the EM narrative in 2020 just yet,” he said.